By Colm Shalvey at Brewster Park

Armagh made a winning return to Division One of the Allianz National Football League after a nine-year wait when they got the better of Monaghan in Enniskillen.

Armagh raced into a six-point lead after finding the net from a penalty from the first attack and they never trailed thereafter as they won this Ulster derby.

The sides were level six times during the third quarter after a Seán Jones goal kick-started a rally by Monaghan, but Armagh kicked five of the game's last six scores to secure a winning start in the top flight. 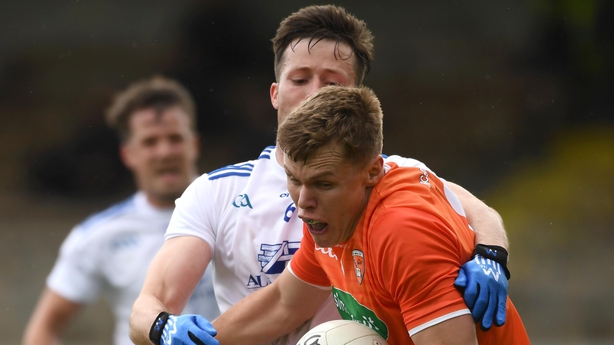 Armagh got off to a flying start as Stefan Campbell tucked away a penalty just a minute into the game, before a brace of points by Rory Grugan and a Rian O'Neill ’45 doubled their lead to six.

Monaghan urgently needed a lift and after Rory Beggan opened their account, debutant Seán Jones fired to the net to bring them within two.

Aaron Mulligan, Stephen O’Hanlon and Mícheál Bannigan all added their names to the scoresheet for Monaghan during the second quarter, but Aidan Forker arrived from deep to kick a brace of points for Armagh, either side of another Grugan free, to leave Kieran McGeeney’s side up by 1-6 to 1-5 at half-time.

Monaghan introduced Conor McManus for the second half and he quickly equalised, only for Grugan to respond.

The scores began to flow at either end, with Monaghan drawing level on a few occasions through Mulligan, O’Hanlon and McManus, but Armagh hitting back each time via Campbell, Oisín O’Neill and Grugan.

A couple of well-taken scores by Mulligan kept Monaghan in touch, but Conor Turbitt, Rian O’Neill and Grugan nudged Armagh towards the finish line.

Bannigan made it a two-point game with Monaghan’s only score of the final quarter, but Armagh shut up shop and the impressive Grugan kicked his sixth point before Rian O’Neill added the insurance score in added time.

Monaghan, who had to give up home advantage for this game due to a training breach that also earned manager Séamus McEnaney a 12-week suspension, are away to Donegal in round two. Armagh will be chasing a second win in the space of a week when they host Tyrone. 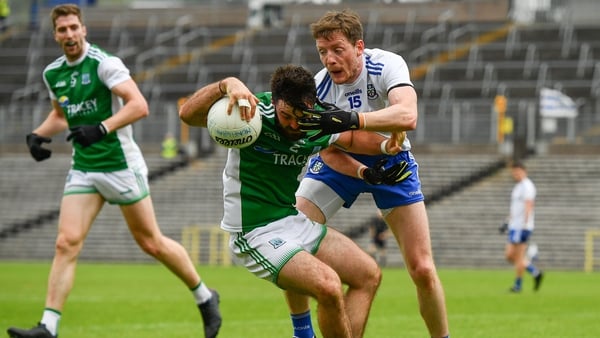 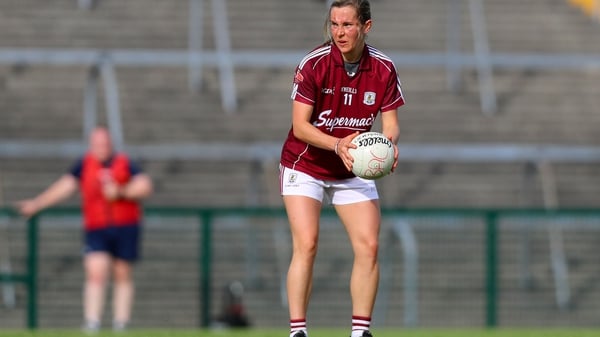 Galway battle their way to victory in Monaghan