Antrim made the perfect start under new boss Enda McGinley as Ryan Murray snatched an injury-time winner over Louth at Haggardstown on Saturday afternoon.

It was an eventful day for the Lámh Dhearg clubman, who was sin-binned before half-time and was then dismissed in the closing seconds of an end-to-end encounter.

Louth boss Mickey Harte must have felt his side had done enough to claim the two points when captain Sam Mulroy plundered his side's third goal of the game with five minutes of normal time remaining to put the hosts two clear.

However, Antrim showed great resolve to land a flurry of late points from Paddy Cunningham and substitute Eunan Walsh before Murray’s injury-time point sealed the victory for Ulster side.

Louth had looked the more likely winners for large periods of the game, but were wasteful in front of the posts at time.

Antrim had eased into the lead at the first water break thanks to a brilliantly-struck goal from wing-back Dermot McAleese while Declan Byrne’s point following a wonderful dummy solo was the pick Louth’s early points.

The hosts were back on level terms on 27 minutes when Byrne was pulled back by Declan Lynch and referee Barry Tiernan awarded the penalty.

Conor Murray pulled one back for the Saffrons, but they were caught at the back when Ciaran Keenan played Sean Marry through on goal and the corner-forward beat Byrne with a fine strike.

Things went from bad to worse for McGinley’s side when Ryan Murray was sin-binned for dissent, but elder brother Conor managed to reduce the deficit to two points on the stroke of half-time.

The third quarter was littered with errors from both sides as former Tyrone colleagues Harte and McGinley empted their respective benches.

It was Antrim's substitutes who had the greater impact on proceedings with Eoghan McCabe’s delightful effort spurring the Saffrons into life.

Yet, as they pushed forward, they were caught by a swift counter-attack with Mulroy showing great pace and power to rifle a fine shot past Byrne to give his side a 3-08 to 1-12 advantage on 65 minutes.

The Rossa clubman redeemed himself moments later when he denied Mulroy a hat-trick while substitute John Clutterbuck missed a glorious chance from close range.

Antrim took full advantage of Louth’s misfortune and kicked the final three points of the game to make a winning start to their Division Four campaign. 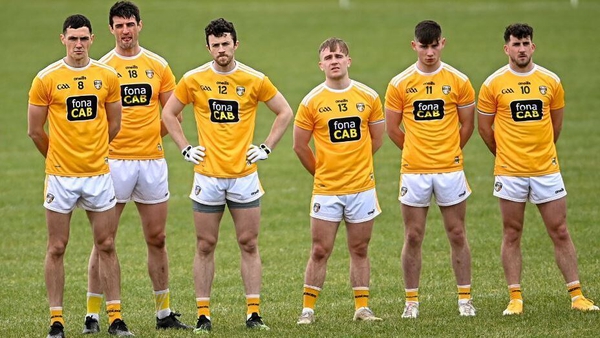 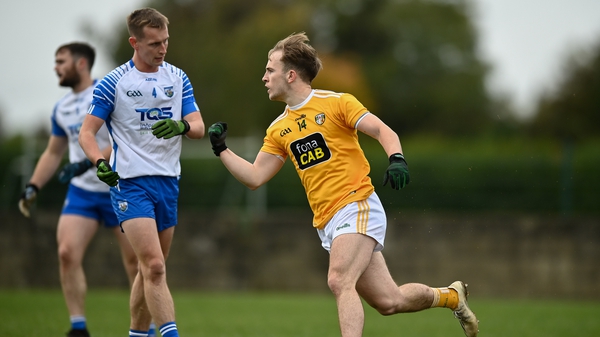 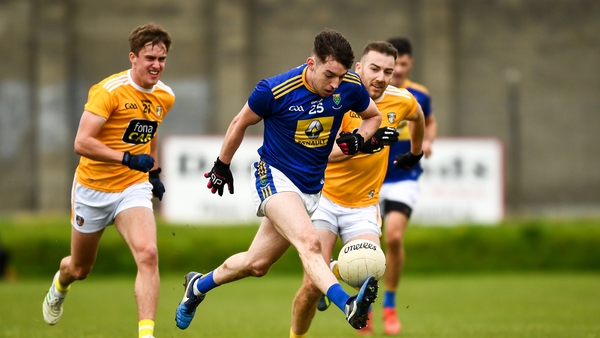 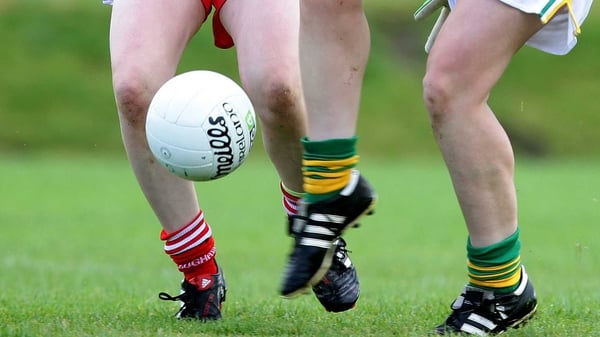