A notable win for Antrim in their opening Allianz HL Division 1B match against Clare, but Dónal Óg Cusack still feels the Saffrons will find the going tough in this year's top tier.

After Darren Gleeson's side recorded their fully merited 1-21 to 0-22 success at Corrigan Park, thoughts turned to what Óg Cusack said about Antrim in the aftermath of their McDonagh Cup success against Kerry on All-Ireland final day last December.

He told The Sunday Game: "I don't want to be patronising towards them, that performance today would suggest that they are going to struggle next year.

"It almost reminded me of a boxer going up a division and just not having the weight to match the ambition.

"They have the population, they have the passion for hurling, hopefully they will benefit from their time up there, but I would worry that they are going to suffer a lot of beatings based on that performance today."

Speaking nearly five months on from that assessment, the former Cork netminder stands by what he said, though adding that nothing would please him more than to see Gleeson's side prove him wrong in the weeks ahead.

"It's an absolute fillip to the National League and to hurling... but I still think Antrim will still struggle in this division"

Speaking on Allianz League Sunday, Óg Cusack said: "On the evidence that day, there was a stark difference in terms of physicality and the quality of the McDonagh Cup final as to the game afterwards (Limerick-Waterford All-Ireland final).

"Nobody was as happy as me with that result today. Every other hurling person in Ireland was delighted to see it - an absolute fillip to the National League and to hurling. I'd be delighted if this pundit here would be proved wrong on many, many more occasions.

"But I still think they are going to struggle in this division."

Also on the programme, Shane Dowling agreed that there was big difference in what was offered up last December, but is hopeful that Antrim can now push on.

"We watched them very closely today and the way they played the ball, the diagonal ball, runners off the shoulder, they were really good," the Limerick All-Ireland winner added.

"If Antrim go on to lose games by seven, eight or nine points, that would be considered a success. They are a really, really well-coached side.

"Dónal Óg is right. There was a big difference last year. I was at the games but they have to start somewhere. I played against Loughgiel Shamrocks and Cushendall and they are as good a hurling people that you would find anywhere in the country. I would love to see them push on, and on the evidence of today they might just do that."

As for Clare, no doubt they will be disappointed with the result, with Dónal Óg Cusack feeling the deployment of John Conlon did not work. 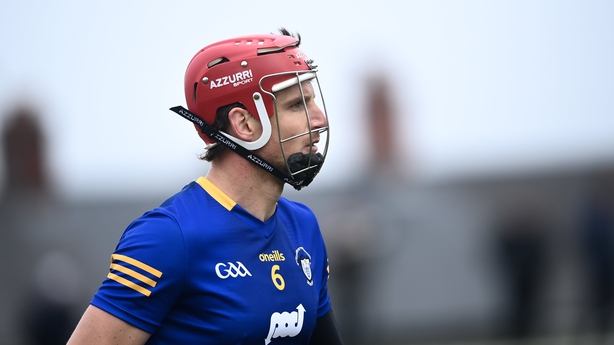 "I'm not sure it was a success. He has struggled over the last number of years from a defensive point of view. John Conlon is a top forward and you would imagine he'd be able to play centre-back - he's a big, strong, physical hurler - and a good distributor of the ball when he gets on it.

"He didn't look overly comfortable. You can understand why Brian Lohan has put him in there - Clare need more structure and better defenders but I don't think he'll be happy with the outcome today. "