It's a case of job done and move on for Antrim hurling manager Darren Gleeson after his side begin their Allianz HL Division 1A campaign with a surprise win over Clare at Corrigan Park.

Surprise, but yet a deserved win for the Saffons, with Ciaran Clarke's goal proving decisive in the 1-21 to 0-22 victory.

Speaking after the game to RTÉ's Sunday Sport, Gleeson was at pains to point that the win over the Banner was just a step on the road to where they want to be.

"We have a foundation laid within the group and we have to try and push on now and establish ourselves - one win won't do that for us," said the former Tipp netminder.

"It means we have two points on the board and we go again next week with a bit of confidence to the standard-bearers over the last 20 years (Kilkenny) in Nowlan Park. The boys will be looking forward to it."

"It was a massive performance. I don't want to talk about individuals. We had 19 guys who took to the field and they all contributed massively. Ciaran Clarke done his job and was there to finish it.

"The defence was there to get the ball up to him, so everybody held up their end of the bargain. At the end you can't beat seeing the bodies and the hurleys flying in."

Antrim have a proud hurling tradition and Gleeson wants his players to tap into that.

"Every game is an opportunity to go out and represent your county. The county jersey is important and I think we have instilled that again. All the players come from fantastic clubs and all want to represent their county well.

"Today is done and we move on, we're finished with it and move on to next week." 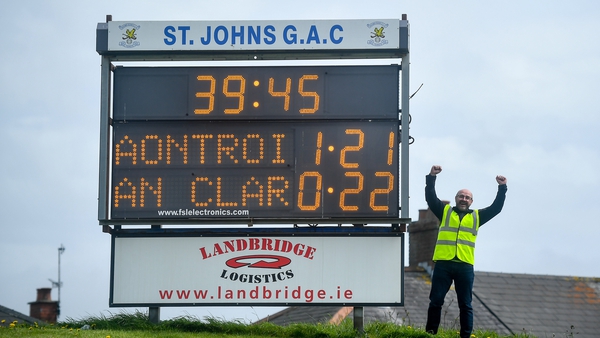