The Gaelic Players Association (GPA) has welcomed the Camogie Association's decision to pause the roll out of its proposed controversial 2021 fixtures template.

The Camogie Association has decided to use the next seven days to poll its clubs and members to ascertain further what the optimum fixtures calendar would look like.

Over the weekend the association unveiled plans to go with a national league-club championship- inter-county championship roadmap.

This was met with huge criticism from inter-county players, 82% of whom wanted a split season.

And on Sunday evening, the GPA released a statement, which read: "The Gaelic Players Association (GPA) welcome the Camogie Association's decision to take seven days to reflect on their proposed season structure.

"We are willing to work with them towards finding a satisfactory resolution to allow all players, both club and county, get back on to pitches across the country without any further controversy.

"Players have overwhelmingly voted (84% of 752 players who responded in last 24 hours) that they will not participate in the Littlewoods Ireland Camogie Leagues should the current season structure be retained.

"The GPA will represent this view from our members to the Camogie Association."

The Camogie Association decided to take that player feedback on board and to take time out to consult further before deciding on a final fixtures programme.

The first step in that process is to carry out a poll of clubs and members over the coming week.

"Our priority is to maximise meaningful games opportunity for all of our members, and to do this in a fair and equitable manner. One that ensures games for the county player, and games for the club player," the association said in a statement.

"Our proposed fixture list is designed to achieve this. However, over the last 48 hours there has been disquiet from the GPA and our inter-county players in relation to our fixture calendar.

"To gain clarity on the path the entire association wants to take during this Covid-19 time, we have decided to poll our members over the next seven days.

"This poll will be carried out through all camogie clubs, and the result will guide our fixture calendar."

Details of this process will follow after the poll is taken. For now, however, it seems like the split season template is very much back on the table.

The GPA statement further outlined their objections to the proposed season.

"We had recently informed (April 2nd) the Camogie Association that our members wanted to see a split-season introduced. The key factors that influenced the split-season choice were:

"We want to see a solution that is in the best interest of all players which we believe the split season provides." 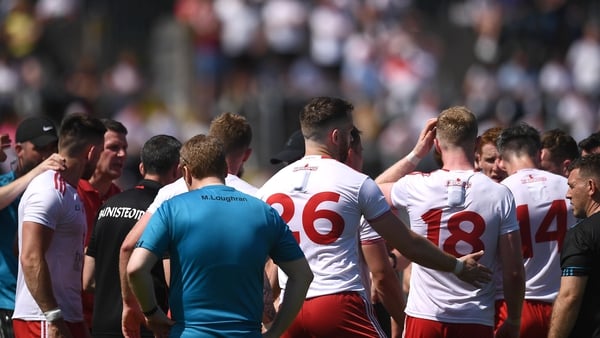