Antrim lead the way in the GAA/GPA 2020 Joe McDonagh Cup team of the year with seven players honoured, with Conor McCann chosen as the outstanding performer.

A special programme to honour the GAA/GPA 2020 Joe McDonagh Team of the Year will be featured on RTÉ 2fm's Game On programme this Wednesday evening from 6pm.

The champions are represented on every out-field line of the team after a terrific campaign that saw them go unbeaten in five matches, culminating in a hard-fought win over Kerry in the final.

The Kingdom have five representatives on the team, Carlow have two, and Westmeath have one.

Antrim sharpshooter McCann has been selected as the 2020 Joe McDonagh Cup Player of the Year.

The Creggan Kickham's clubman scored 4-20 from play over the course of a campaign that ended with Antrim defeating Kerry in a keenly-contested final at Croke Park last December.

The selection process for the GAA/GPA 2020 Joe McDonagh Cup Team of the Year included player and coach feedback and was finalised by an independent selection committee of journalists and referees.

Uachtarán CLG, John Horan, praised all those who were honoured.

"These awards give us an opportunity to salute the outstanding performers in what was an excellent Joe McDonagh Cup competition. My congratulations to all of those who have been selected and on behalf of the wider Association thank them for the effort they produced in such difficult circumstances in 2020."

Meanwhile the best hurlers from the 2020 Christy Ring, Nickey Rackard, and Lory Meagher Cups have been announced with confirmation of the 2020 GAA/GPA Champion 15 team. 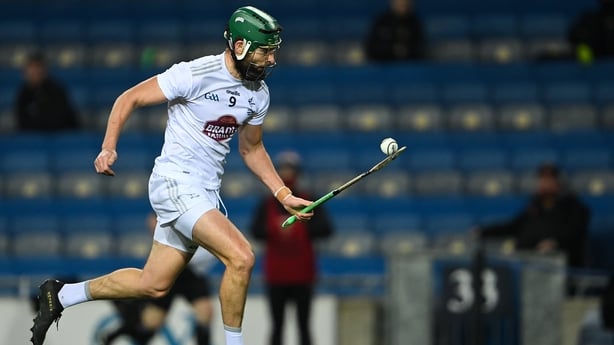 The Player of the Year winners in the three competitions have also been confirmed.

Paul Divilly of Kildare (Christy Ring Cup), Donegal's Danny Cullen (Nickey Rackard Cup), and Louth’s Andrew Mackin (Lory Meagher Cup), are all singled out for personal accolades on the back of excellent campaigns.