Oisín McConville favours a move that would see the All-Ireland football championship run with an element of league format.

This week managers were shown two options at a virtual meeting, with the first being the incorporation of the National League structure into the All-Ireland championship from next year.

The last version of this option would mean the top five finishers in Division 1 and Division 2 winners qualifying directly for the All-Ireland quarter-finals, where they would be joined by the winners of preliminary quarter-finals between the second and third-placed Division 2 teams and the Division 3/4 winners.

The provincial championships would be retained in their current form, but they would be run off earlier in the year.

The other option would see the provincial maps redrawn, and four groups of eight counties being created and used for the championship.

In that instance, the Allianz League format would be retained as it currently is. 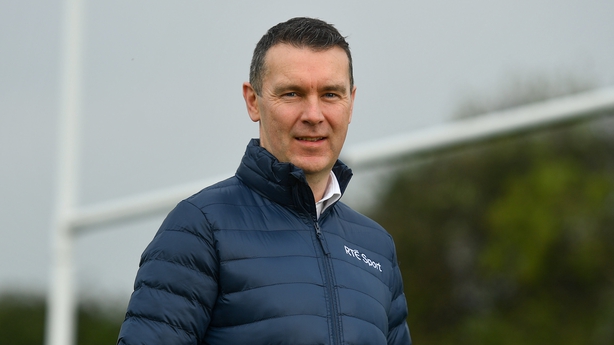 Both options allow every county to compete for the Sam Maguire, while also incorporating a place in the second-tier Tailteann Cup for teams beaten early in the competition.

The caveat for an option to be accepted at next month's Congress is that they have to receive 60% of the vote. If neither one does, then the current provincial championship with qualifiers structure will be retained.

Speaking on RTÉ's Sunday Sport, the 2002 Sam Maguire winner with Armagh said he wants to see the format of the All-Ireland series changed.

"For me, both proposals are better than that (sticking with the current format)," he pointed out.

"I particularly like the first one because it gives teams the opportunity to play meaningful games against teams of their own level.

"Also it gives everybody a chance to win the Sam Maguire. So that aspiration, no matter how far-fetched it is, is still there.

"Last year was very much a unique year. It told us that knockout championship football is the best football that we're going to get.

The league-based All-Ireland would see counties playing a minimum of 12 games each year, and up to 21 depending on how far a team progresses.

That proposal would also see the Tailteann final played on the same day as the Sam Maguire final, similar to the way the Joe McDonagh final preceded last month's Liam MacCarthy decider at Croke Park.

Former Mayo footballer Fiona McHale, who may be back in the Green and Red this year, said that while she would also like to see the league-based championship selected, she would also hope that the provincial championships are not forgotten about.

"The main thing I got from it is that it's going to be teams of equal strength playing against each other if we go for option 1 (league-based championship)," she began.

"It's not as likely in the other option.

"You're keeping your traditional provincial championship. As opposed to the other one, where you could have a team from the Leinster championship playing in Connacht. That's really removing the traditional aspect of it.

"As well as that, the Tailteann Cup - I know it's run in both options - but it's more meaningful in the first option. That was so important this year in the hurling with the Joe McDonagh Cup.

"It's going to be more meaningful for anyone who is in the Tailteann Cup in the end."