Ulster GAA secretary Brian McAvoy has backed the idea of a split season and has warned against any decoupling of the provincial championships from the All-Ireland series in future Gaelic football structures.

In advance of Ulster GAA's Annual Convention on Friday, 29 January, McAvoy's annual report backs the notion of a split season going forward, on the basis that it features the inter-county calendar first.

"Non-county panellists can play leagues and other non-championship games during the inter-county season and then clubs will have their full quota of players available to them for championship games," he says.

But the Ulster boss points out there will be challenges ahead.

"The absence of provincial and All-Ireland Club championships in 2020 was crucial to the club season going first. Once these competitions are reinstated their timing would clash with the pre-season and early rounds of competition of the intercounty season. This will undoubtedly result in friction in some counties – an issue that won’t arise if the intercounty season comes first."

McAvoy also looks at the proposals on the table for the future structure of the football championship.

He would look favourably at any system that would allow each Ulster county to compete in their own championship.

"The separation of the provincial championships from the All-Ireland series remains on the table, though an Ulster Championship to consist of 1 x Round Robin Group of 5 and 1 x Round Robin Group of 4 has replaced the initial proposal of two groups of four, which would mean one Ulster county being designated to Connacht on an annual basis," he says.

"I’ve previously stated my strong desire to ensure that all nine Ulster counties get to compete in their own provincial championship, so this amendment to the initial option is a welcome development. 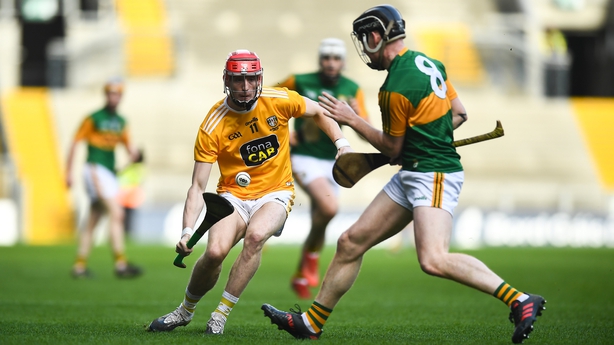 The provincial CEO points to the Ulster hurling championship to reinforce that point.

"As evidence you don’t have to look any further than the now defunct Ulster Senior Hurling Championship – during the 1990’s and 2000’s it was a competitive competition with Antrim, Down and Derry all enjoying success," he states.

"However, when it became decoupled from the Liam MacCarthy Cup series it effectively lost its prestige and was no longer treated with the same relevance by players and supporters alike. I fear the same would happen to the Ulster Senior Football Championship if this proposal was to be adopted."

In relation to future structures for the football championship, McAvoy added: "The option of eight teams’ provincial championships with progression to the All-Ireland series also remains on the table – but with one significant development.

"As I alluded to earlier, I couldn’t support any proposal which doesn’t give all nine Ulster counties the opportunity to compete for the Anglo-Celt Cup but unlike the November 2019 proposal this option is now catered for.

"The fact that a similar process would happen in Leinster means that every county gets the opportunity to play in and indeed win their own provincial championship. Given the importance of the provincial structures this is an important fundamental. There are many positives to this option," McAvoy writes.

"This can only but improve standards and is preferable to the current ‘super-eight’ fixtures where only the stronger counties get additional games. I strongly favour this option.

"The option also remains for one team from Ulster (and three from Leinster) to play in a different provincial championship but without the opportunity to play a preliminary fixture to effect this opportunity. Under the revised proposal this would mean that the lowest place county in the Allianz League would automatically play in the Connacht championship – this is much less preferable to my favoured option for the reasons as outlined above."

Meanwhile, McAvoy pays tribute in his report to the thousands of volunteers who helped keep communities safe and ensured a return to play during the Covid-19 pandemic in 2020.

He says that when they did meet obstacles the GAA acted swiftly.

"County finals coincided with the relaxation of some of the lockdown measures that had been in place and unfortunately there were a small number of cases where post-match gatherings led to the emergence of COVID-19 clusters.

"These essentially related to county finals in both male and female codes. We all know the joy of having our club playing in a county final and it was regrettable that some post-match activities led to a rise in COVID-19 cases but it should be stressed that many thousands of games took place without any issues – and all our clubs and their members should be commended for that."