Galway's Gareth Bradshaw has announced his retirement from inter-county football at the age of 33.

The Moycullen man made his senior debut for the county in 2007 in the NFL and played in his first Championship game in 2008 in the Connacht SFC against Roscommon.

He won three Connacht titles and an Allianz League Division 2 medal in 2017.

Bradshaw also played football for NUIG and was on the Moycullen team who claimed their first ever county senior title in 2020 beating Mountbellew-Moylough in the final. 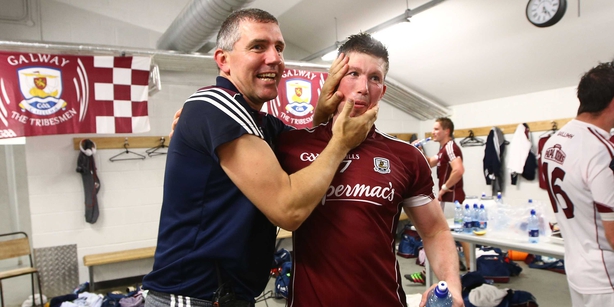 He said: "After taking the time to consider my future since the end of the 2020 inter-county season, I have now decided to retire from playing football for Galway. It's been an absolute privilege to represent the county's flagship football team for 14 years, an honour which I never took for granted.

"I would like to express my gratitude to many, in particular my parents and family, my partner Sarah-Jane, my club Cumann Peile Mhaigh Cuilinn and my former secondary school St. Mary’s College, all of whom have always supported and encouraged me to pursue my dream of wearing the maroon and white.

"I would also like to thank all those who enabled my inter-county career to last for as long as it did, there are too many to name individually but you know who you are and I will always be truly grateful for your help and support."

Galway boss Padraic Joyce said Bradshaw’s commitment to Galway was unwavering: "I am not sure most people really understand or appreciate the time, effort and commitment inter-county footballers put into their football careers. Most people just see the games.

"I was a team-mate of Gareth 14 years ago in 2007 when he made his debut for the senior team. He is an outstanding footballer and he played every game with real passion and drive. He always gave everything for his club Moycullen and Galway football.

"He sacrificed all he could in getting his body fit for the challenges year in year out. Having managed him last year I could still see that he was working harder than ever to help Galway. He always put the team first. We will miss his presence and personality from the Galway set up."

After turning down an AFL contract with Sydney Swans, the All-Ireland minor winner made his senior debut in 2009 and won the first of two Ulster titles with the Red Hands that season.

Coney returned shortly after the county's 2018 All-Ireland final defeat and appeared in the league last year.