Armagh were crowned Ulster champions for the first time since 2014 after a 0-17 to 0-15 win over Monaghan at Clones.

The Orchard county had lost back-to-back finals to Donegal in 2018 and '19, but they were favourites heading into this contest having caught the eye in their run to the All-Ireland semi-final where they put up a good showing against Dublin.

They were pushed all the way by a game Farney side though with Cora Courtney exceptional for the home side.

Monaghan started the brightest and took the lead through Ellen McCarron in the first minute while Catherine Marley skinned the post at the other end after being released by a clever fist-pass from the lively Aoife McCoy.

The opening half was an even affair with Courtney and McCarron keeping the scoreboard ticking over for Monaghan while Armagh captain Kelly Mallon was nailing her frees to ensure that Ronan Murphy's side took a 0-07 to 0-06 lead into the half-time break.

They extended that to four points following a blistering start to the second half, the tone set by Blaithin Mackin who from the throw-in fed her older sister Aimee for a fine point.

The Shane O’Neill’s siblings both had excellent goal chances too, but Edel Corrigan made two tremendous saves to keep Monaghan in the contest.

Alex Clarke, younger sister of Jamie, also went close to grabbing a goal with a fine individual effort seconds after her introduction but she was denied by the crossbar.

Let off the hook, Monaghan chipped away at the lead to bring the deficit back to a single point with nine minutes remaining.

However, Blaithin Mackin and Caroline O'Hanlon, who captained the side in their last provincial success, pointed to leave three between them once more.

Monaghan did have a chance at the death to force extra-time, but Courtney’s free-kick landed just the wrong side of the crossbar to leave Armagh victorious by a two-point margin.

The Donaghmoyne veteran had to make do with the Player of the Match award while Mallon raised aloft the provincial title at St Tiernach’s Park. 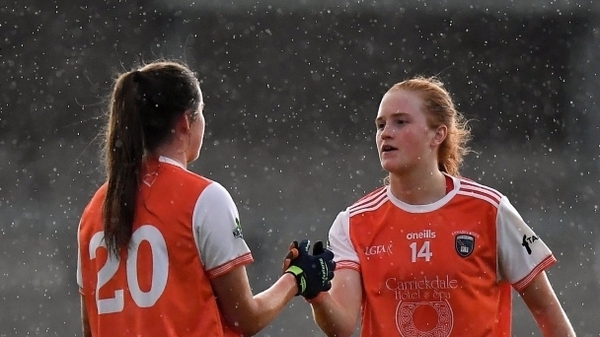