Mayo star Cillian O'Connor has said that the Connacht side has "lots to work on" ahead of their All-Ireland final clash with Dublin on 19 December.

O’Connor helped himself to an incredible 4-09 in his 66 minutes on the pitch in their 5-20 to 3-13 semi-final win over Tipperary, but he said that much improvement was needed ahead of the decider.

The Munster side actually won the second half by three points while they also passed up a series of goal chances, and the Ballintubber man said that simply would not be good enough against Dessie Farrell’s men.

"Tipp are a serious team they were always going to cause us some problems," O’Connor told The Sunday Game Live.

"We’ve loads of homework to do now, loads of work to do in the next two weeks.

"We have lots to work on, (we were) disappointed with some aspects of our play. On the whole we won, we’re pleased and we enjoyed the day."

O'Connor’s performance is one that should have received a standing ovation from all corners of Croke Park when he was substituted late on, but instead it was mostly met with silence with supporters currently not allowed to attend due to Covid-19 restrictions.

The attacker said that their fervent fanbase were very much in their thoughts throughout the game.

"I think the break made us kind of realise how privileged we are and how lucky we are to play.

"There are thousands of supporters that would have loved to have been here today, we’re really mindful of that fact and want to give everything we can this year every time we step out.

"Obviously we miss them, we would prefer if we had a full house here today. We’re just trying to make sure that people at home in their living rooms enjoy the games and we give them plenty to shout about. Thankfully we have another day left in the season."

That day, of course, will be a fourth All-Ireland final clash with Dublin in eight seasons.

The current scoreline favours Dublin 3-0, but O’Connor believes that the way the season has panned out has taken some of the usual pressures off them.

"I don’t see why not," he replied when asked could Mayo end their 69-year wait for the Sam Maguire.

"We’ve enjoyed the training over the last few weeks, we were delighted to get back and have a season when we didn’t know if we would.

"It’s just a really enjoyable group at the moment. Well get back on Wednesday and train hard and whatever date the final is, we’ll come up and give it our best." 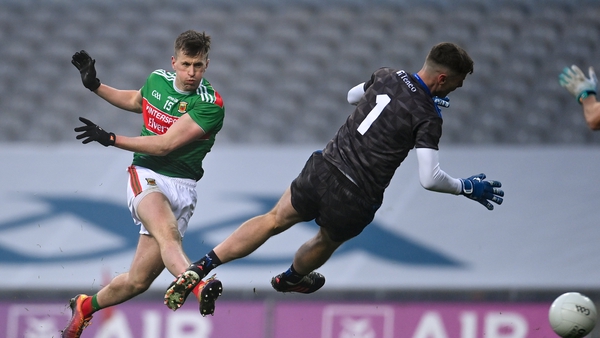