RTÉ2 and the RTÉ Player will have live coverage of both of this weekend's semi-finals, as will Sky Sports.

There will be full highlights of both games on The Sunday Game on Sunday, RTÉ2, at 9.30.

Live commentary of both games on Saturday Sport and Sunday Sport on RTÉ Radio 1.

The weather is looking decent for the last weekend of November, with dry conditions, and an isolated chance of a shower. It'll feel cold, which one might expect at this time of the year!

Waterford might be the story of the championship so far.

The year 1959 is burned into the Déise's collective conscience. It's the last time Liam MacCarthy visited the banks of the River Suir, and their form over the last two seasons suggested that it might be another few years yet before he would make a re-appearance in that part of the south-east.

Waterford came into this year's competition without a win since the All-Ireland semi-final of 2017 - a run of seven defeats and draw.

Granted, they probably had more than their fair share of bad luck in that time, with Aussie Gleeson's "own goal" against Tipperary perhaps the worst example - the ball was easily six inches in front of the goal line.

But the stats didn't lie, and, despite confidence-building victories over Cork and Galway in the disrupted Allianz League campaign in the spring, most people weren't giving Liam Cahill's side a chance.

The performance against Cork the first day was a surprise, despite Waterford's 21st century record against the Rebels.

And, although they lost the Munster final to a much fancied Limerick side, Henry Shefflin told the Sunday Game that weekend that Waterford had displayed the "manic aggression" needed to rattle the top teams.

Tipperary-native Cahill deserves a huge amount of credit for that in his first season in charge. The third Waterford manager in as many seasons is obviously having the desired impact so far.

Derek McGrath believes that the pain of failing to win a championship game for two seasons manifested itself in a performance against Cork that made it a "proud day to be a Waterford man". pic.twitter.com/EFDCzsa6w1

Kilkenny for their part come into this game having righted one of the wrongs of 2019.

They had to watch as Wexford celebrated their Leinster title with some gusto last summer, before a really disappointing day in the All-Ireland final against Tipperary.

Two finals and no cups is not the usual return for Brian Cody's Cats and you could tell from the way they celebrated beating Galway earlier this month, particularly in the immediate aftermath of the final whistle, that it meant something to this group of players. 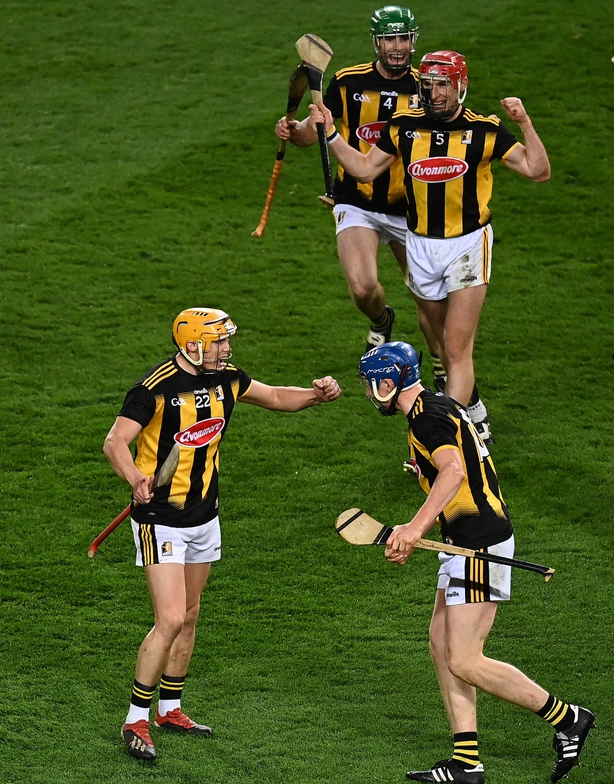 Like Dublin on the football side of eastern province, it's been a long time since a Leinster title meant too much to the Kilkenny hurlers, but this one was slightly different.

The Cats, it would be fair to say, are something of an enigma this season. Dublin stood off them in the first-half of provincial semi-final, and the Metropolitans paid the price, trailing by 15 points at the break.

But then Kilkenny seemed to take their foot off the pedal, and they were nearly caught by Mattie Kenny's side. Perhaps tellingly, the Black and Amber were able to find an extra gear when the Dubs drew level.

Then against Galway the consensus is that the westerners were the better team for large swathes of the tussle, but two quick goals, including a real redemption moment for Richie Hogan, knocked the stuffing out of the them.

Again, a strong finish, and the ability to up it in the closing stages, was crucial in making sure Bob O'Keefe was staying in Leinster.

Brian Cody will be well aware of the talk of the winner of the other semi being the favourite for the final, and this is way he would want it to be heading into this critical phase of the championship.

For the first time since 1963, Waterford come into this game having won the last championship meeting between the counties.

Much has been made about the distance counties have fallen in Leinster football, but, in terms of an impact at All-Ireland level, the same is absolutely true of the small ball game.

If we are to take Kilkenny out of the equation, the last Leinster county (sorry Galway!) to compete in an All-Ireland final was Offaly in 2000 - 20 years ago.

The Leinster champions, particularly when it's Kilkenny, would always feel that they have the match of whatever Munster can throw at them, and the Cats will feel, with some justification, that they're favourites for this game.

Cody's Cats have won an astounding 16 of their previous 19 semi-finals under the James Stephens man.

But they'll also know that any sort of repeat of that second-half display against Dublin, or the first 50 minutes against Galway and their wait to reclaim Liam will go on.

Donál Óg Cusack told RTÉ's Morning Ireland: "The extra week's rest will be an advantage to Kilkenny. The romantic inside me says Waterford to shade it, but the realist says Kilkenny to find a way."

All the talk coming into 2020 was of Tipperary trying to do back-to-back titles fo the first time since the mid-1960s.

But Limerick or Galway have been many people's "best team in the country" for the last few seasons. Both have won All-Irelands, and then felt that they left the following season's trophy lift behind them.

Limerick, meanwhile, ended a 45-year wait for an All-Ireland in 2018, holding off the Tribesmen by the narrowest of margins having been home and hosed after 54 minutes of that final.

Tribesman back on song

Galway's 2019 was one to forget, throwing away a big lead against Wexford, before being caught by Dublin at Parnell Park.

But their 2020 under new manager Shane O'Neill, a Limerick man, has been much better, although that Leinster final defeat would have stung. 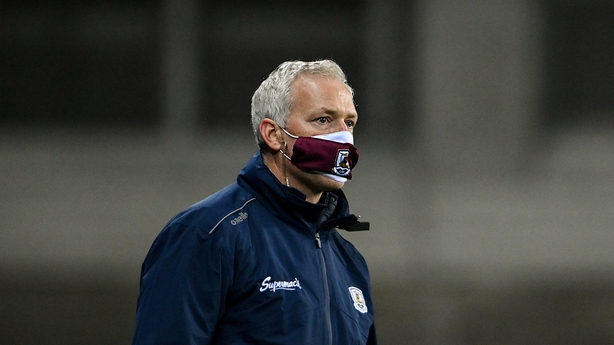 They hockeyed Wexford in the Leinster semi-final, and recovered well after that reversal in the provincial decider, stopping the Tipp march towards two-in-a-row.

O'Neill has a fit Joe Canning to choose from this year, something Micheál Donoghue didn't have last year. Some of their squad will know that opportunities for another All-Ireland medal are starting to run out, and they would fancy their chances against Kilkenny or Waterford if they could upset the odds on Sunday.

Form team in the country

Limerick come into the last four as the favourites to claim a second Liam MacCarthy in three years.

Some of the Kerry cute-hoorism seems to be spilling over the boarder into the Treaty City county, but whatever way you spin it, they've been the most consistent team in the country for three years.

One All-Ireland, two Allianz League titles, and two Munster Cups - no team has a better record.

Their All-Ireland semi-final defeat to Kilkenny last year saw them give the Cats a nine-point head start after 15 minutes, but they very nearly forced extra-time.

A late Darragh O'Donovan sideline struck a Kilkenny hurl on the way through, but it wasn't noticed meaning they missed out on the late 65, and a chance to draw the game.

They have looked like consummate professionals in their three games so far this season, doing what they had to do against Clare, Tipperary and Waterford.

The poor record of Munster champions at All-Ireland level is well known at this stage, with the double being completed just once in the last decade.

Indeed, only four times in the last 13 seasons has the Munster champion gone on to compete in the All-Ireland final.

But 2020 is different. Rather than the usual four or even five week break to the semi-final, Limerick have had the perfect preparation time of two weeks.

Can anyone stop them in this form?