On the 100th anniversary of Bloody Sunday, Dublin delivered another peerless performance to make their own little piece of history with a 10th Leinster SFC title success in-a-row.

The All-Ireland holders wore specially commissioned replica jerseys on the anniversary of the Croke Park atrocity of 1920 and marked the occasion with another all-action display, beating Meath in virtually every sector of the field.

First-half goals from Dean Rock, who top scored with 1-07, and Sean Bugler, who contributed 1-02, wrapped up the win for Dublin long before half-time.

Niall Scully added a third in stoppage time as Dublin secured a giant 21-point provincial final win, adding to their previous demolitions of Westmeath and Laois in this year's campaign.

But there was one big black mark for the Dubs as substitute Cormac Costello was shown a straight red two minutes from the end of normal time, ruling him out of an All-Ireland semi-final against Donegal or Cavan on 5 December.

Contenders Meath needed everything to go their way and they did open the scoring through joint-captain Bryan Menton within seconds.

The Royals' top scorer Jordan Morris, fresh from shooting 4-5 in his first two championship games, struck Meath's second point to level it up at 0-2 apiece after seven minutes.

But they didn't score again until early in the second half and failed to convert a number of solid scoring opportunities that sapped their momentum and drained their confidence.

Cillian O'Sullivan, tracked by John Small, and Morris both found themselves in good positions and played passes to Bryan McMahon and Menton but the two opportunities came to nought, McMahon quickly crowded out and Menton booting wide.

Rock's eighth minute goal came straight from a Stephen Cluxton kick-out which was caught by Con O'Callaghan who fed Scully, and his vision found Brian Fenton who eyed Rock at the back post.

Paddy Small, Kilkenny and Rock all tagged on points and suddenly Meath found themselves in the Dubs' rearview mirror, trailing by 1-06 to 0-02 at the first water break.

Another Leinster final played in Dublin's slipstream was not how Meath planned it but they were powerless to prevent the mauling.

In all, Dublin reeled off 2-10 without reply in the first-half with Bugler grabbing their second goal in the 23rd minute.

Donal Keogan did a man-marking job on Kilkenny but the Castleknock man still escaped the Meath star for a couple of first-half points.

Dublin led 2-13 to 0-02 at half-time and with the result now certain, the intrigue switched to whether Meath would manage more than the 0-04 they struck in last year's final.

That issue was put to bed in the 63rd minute when Jason Scully scored their fifth point but Dublin's overall 21-point winning margin was higher than last year's 16-point success.

Meath lost Ronan Jones to a black card in the 61st minute though Costello's red for Dublin was an even bigger blow in the context of their campaign.

The hosts at least finished on a high with Scully palming in a goal in the 72nd minute, leaving the Templeogue Synge Street man on 1-01. 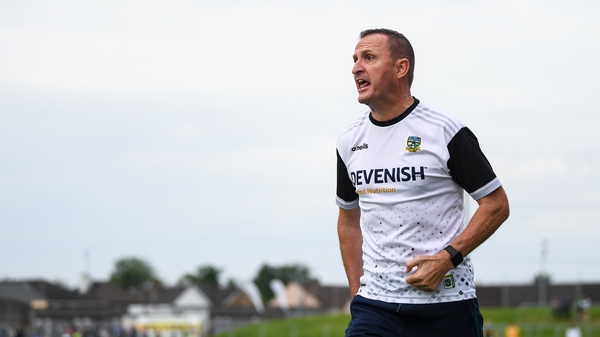