What role Colin O'Riordan plays for Tipperary this weekend, if indeed any, is one of the major talking points ahead of Sunday’s Munster SFC final against Cork.

Manager David Power has included the Sydney Swans player in his panel for the clash against the Rebels, and after Mark Keane’s exploits against Kerry in the provincial semi-final, the question is whether to start O’Riordan or keep him in reserve as an impact sub.

The JK Brackens clubman last played senior football for Tipperary in 2015, but since the end of the Aussie Rules campaign in September, has been training with the county squad during the off-season and has been at all four of their league and championship games so far, despite not being allowed permission to play, until now. 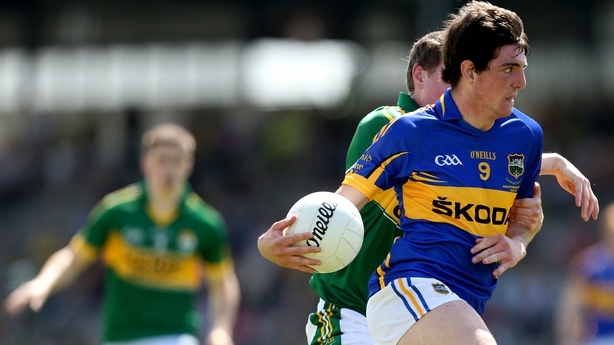 An All-Ireland minor winner under Power in 2011, he could provide the same lift that Tyrone’s Conor McKenna, who ended his AFL career earlier this year, and Collingwood’s Keane have given their respective counties in the 2020 Championship.

Speaking on the RTÉ GAA podcast, Kevin McStay suggested there could be a greater benefit to starting O'Riordan, rather than waiting to propel him into action when the game may be over as a contest.

"He’s a special player, a special athlete," he said. "When players see, 'this improves my chance of winning a Munster medal', I think they can live with that.

"My sense would be that there is no point bringing him on when you are 10 or 12 points down, with 20 minutes to go."

As far as McStay is concerned, it is a matter of weighing up the risk. Is there enough football under the belt to overcome the rustiness of being away from the game?

"That’s what David Power has to think about when he sits down to pick the team.

"The disaster would be if you selected him and he made a hames of it, dropping balls and unable to get going.

"But suppose he sticks it in the back of the net in the first five minutes?"