David Burke admits that Galway will need to be more clinical to get past Tipperary and into an All-Ireland semi-final after leaving the gate open for Kilkenny in the Leinster final.

With almost an hour played at Croke Park last weekend, the Tribesmen were five points up and seemingly cruising to victory until goals in quick succession from Richie Hogan and TJ Reid turned the tables.

Galway converted only 58% of their shots, compared to their opponents' 78%, and Burke, who came off the bench to score two points, knows that probably won’t be good enough on Saturday either.

"We were very disappointed that we let Kilkenny back into the game," he told RTÉ Sport.

"We put ourselves in a great position to win but when you leave a team like Kilkenny in it they’ll come back.

"With a team like Tipp you have to take your chances, and hopefully we can keep them out.

"Hopefully we can put a 70-minute performance together."

Tipperary and Galway last met in championship in the All-Ireland semi-final of 2017 - the year Burke captained his county to their first All-Ireland title - when a memorable Joe Canning point from the sideline was the difference between the teams.

"There have been tight margins between us the last few years so it should be a good game," said the St Thomas’ man.

"They’re not All-Ireland champions for no reason so we’ll have to knuckle down and be ready for them.

"The team that comes through it will have a big say in the championship and hopefully that will be us."

The game three years ago was the last of a remarkable sequence of three successive semi-finals between the counties, each of which was one by a single score.

In 2015, now Tipperary captain Seamus Callanan scored 3-09 but still finished on the losing side.

"Both teams really bring the best out of each other," he said. 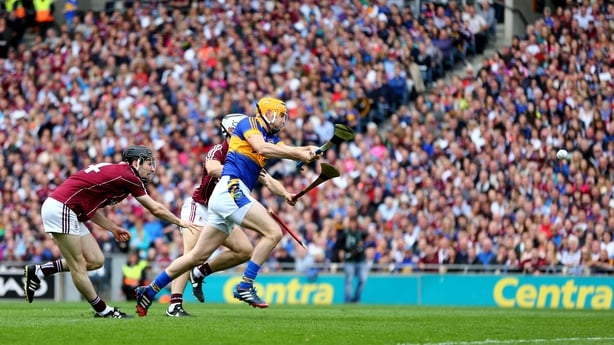 Tipp booked their place in the quarters with a nervy win over Cork that required a late goal from Jake Morris to settle matters.

Callanan admits that a significantly better performance will be needed in Limerick this weekend.

"Every win you get, you try to take the positives out of it, and they are momentum building, but we still wouldn’t have been overly happy with our performance against Cork.

"There’s a lot to work on from it but the main thing is to get the result and get back on track again.

"We found ourselves in the draw on Monday, which was all we wanted really.

"Please God we can manage this hurdle as well on Saturday but it’s going to be very difficult.

"We know we’re going to have to play far better than we have played this year to be in contention to win this game."

Watch Galway v Tipperary live on RTÉ2 from 1pm Saturday, listen to live commentary on RTÉ Radio 1 or follow our live blog on RTÉ Sport Online and the RTÉ News app. Highlights of that game and Clare v Waterford on The Sunday Game (9.30pm RTÉ2).