By Brendan Graham at Croke Park

A highly efficient performance from Dessie Farrell's Dublin side saw them ease to a 2-23 to 0-07 win over Laois and advance to a Leinster Final against Meath next weekend.

Laois gave Dublin a huge scare inside the opening minute of the game. With their first attack Evan O'Carroll showed great pace to ease past Mick Fitzsimons before crashing his effort off the crossbar and away from danger.

However Dessie Farrell will have been delighted with his side's unwavering work rate, intensity and hunger from each and every one of his players even with the game all but over well before the final whistle.

Laois began to really tire as the game wore on with Fenton, Kilkenny and Costello adding healthily to their individual contributions.

Dublin's strength in depth was in full flow as the game edged to a close, Cormac Costello, introduced with 20 minutes remaining finished the game with no less than seven points

But apart from that early scare was only one winner.

Dublin responded well with points from Fenton and Rock helping Dublin to settle into the game and lead 0-03 to 0-01 after eight minutes.

Dublin could have been out of sights moments later only to be denied by two brilliant saves from Niall Corbet in the Laois goal.

Fenton's point blank effort close to goal was saved brilliantly by Corbett with Rock converting the 45.

Niall Scully went close moments later having collected a sublime crossfield ball from Rock. Scully hesitated initially before trying to round the keeper but Corbett to his credit stood tall and saved well to avert the danger once more.

A fine point from play from Gary Walsh left just one point between the teams at the water break.

Laois had their chances in the opening exchanges but hit some frustrating wides which they would rue as the half advanced.

Dublin as we have so often seen from them began to move up the gears as the first half progressed blitzing Laois with 1-02 inside four minutes of play and extend their lead to five with twenty five minutes played.

A brace of Ciaran Kilkenny scores either side of a clinical Sean Bugler goal saw Dublin begin to find their rhythm and keep the score board ticking over nicely.

Niall Scully and Paddy Small with a point each in the closing stages saw Dublin lead 1-07 to 0-02 at the break.

Ciaran Kilkenny started the second half in an unforgiving mood picking off his third point from play and a goal inside the first five minutes of the restart.

James McCarthy played provider on this occasion finding Kilkenny with a pass into his path as he raced towards goal. Kilkenny let the ball bounce once before burying it into the far corner and extend Dublin's lead to 12 with 20 minutes remaining.

Laois manager Mike Quirke emptied his bench midway through the second half as he continued to introduce his young squad to the intensity of Championship football against the All-Ireland champions..

A clinical performance by Dublin in the end, easing themselves to a routine victory over Laois. Meath await in the Leinster final next Saturday evening. 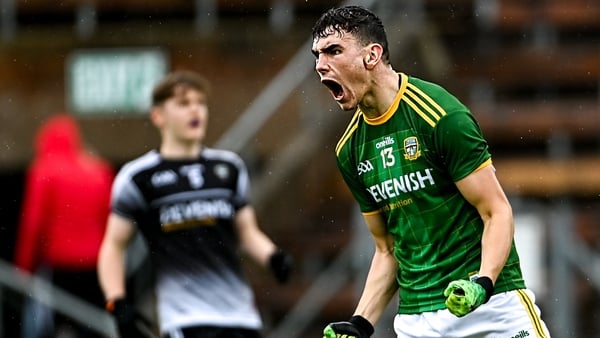