Kilkenny manager Brian Cody has said that they have questions to answer after his team nearly threw away a spot in the Leinster final following a late onslaught from Dublin at Croke Park.

The Cats led 3-13 to 0-7 at the interval but were out-scored 2-15 to 0-07 in the second half and required Alan Murphy and Huw Lawlor scores in additional time to progress after Dublin had drawn level.

"We have questions to answer, we all have obviously," said Cody, who was starting his 22nd championship season as Kilkenny manager.

"But like I said, the exercise was always to get to the Leinster final and we're in it."

The victory will give Kilkenny a shot at a first provincial title since 2016 with Galway providing the opposition in the final on 14 November following their impressive semi-final win over Wexford.

Cody is confident that the Dublin game will improve the side ahead of that clash with the Tribesmen.

"A game under our belt is obviously hugely important because you can't replicate what happens in a championship game. That’s what happened today.

"Fifteen points up at half-time – we can look at that and say 'good performance.’

"Obviously we’ll look at the second half and we’ll have lots to learn from that."

The Kilkenny boss has seen most things in his time with the Cats, but a championship game in front of no spectators was a new experience. Cody said that while unusual, it wasn’t something that really impacted their performance.

"Obviously it’s different but we are all so aware of what is happening in the wider world with Covid-19. That supersedes everything that goes on anywhere else, including here.

"All the players in the country have played club matches in empty stadiums for a while, togged out without dressing rooms and all of that. We trained like this as well.

"At the end of the day when you’re representing your county and playing a Leinster Championship game there could be 30, 40, 50,000 here but when you’re on the field that goes out the window. It’s a question of what’s happening on the field.

"You can’t even begin to talk about it having an affect on things because it shouldn’t." 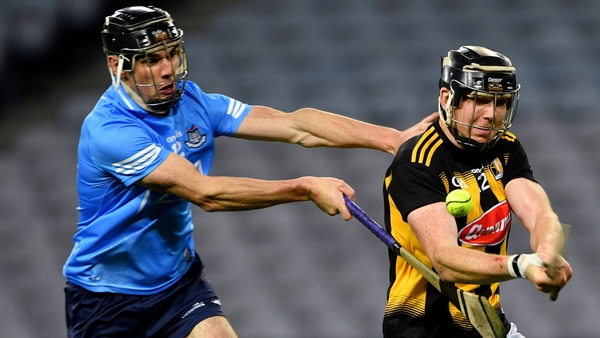