Limerick manager John Kiely is hopeful that his team can make use of the advantage of having already played a game when they take on Tipperary in the Munster SHC semi-final next weekend.

A strong second-half showing at Thurles on Sunday eased the 2018 All-Ireland champions past Clare, and the Treaty men had 10 points to spare at full-time.

With just a week to go before the last-four clash, Kiely is hopeful that they will be heading into the game with match sharpness.

"We have to make it (the advantage of this game) count," he said on RTÉ's The Sunday Game Live.

"You'd like a little bit more recovery time, but at the same time we know where we're at, we know what we need to work on.

"So we'll hopefully do that over the next couple of days." 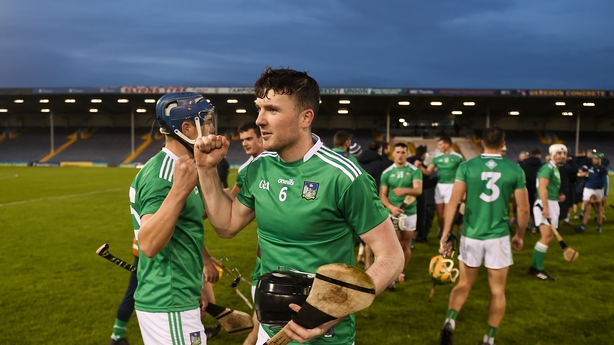 The game also acted as the Allianz League final, with Limerick becoming the first county to defend a league title since Kilkenny in 2014.

Kiely admitted it was a satisfying achievement after a frustrating period for the Shannonsiders in the competition during the last decade.

"We hadn't put any focus on it being the league final," he pointed out. "It being the first round of the championship, that was where our focus was.

"Once it's over, you do turn your attention to that (the league final). For us, having spent nine years languishing in Division 1B, we know the value of the league, and we've always put a huge emphasis on it in the last four years.

"So for us to win back-to-back titles is a huge achievement for the group, and hopefully it's something we can build on." 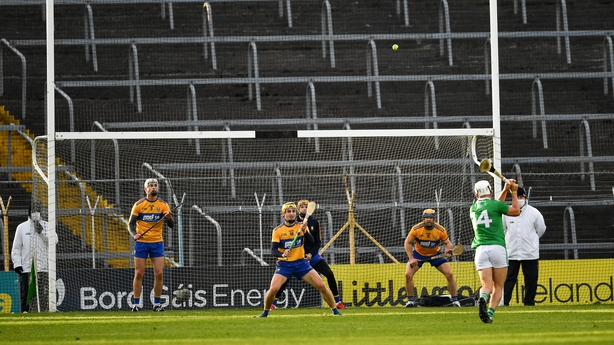 The match was tight early on, with the sides going in level at the break.

Limerick found an extra gear in the second half, hitting the first six scores on the spin when the match resumed, and Kiely praised his players for stepping it up to see off the Banner challenge.

"We just failed to get into our rhythm in the first-half - we just weren't stringing the passes together. Our work rate wasn't where it needed to be.

"There was a lot of areas we needed to address at half-time, and we did. To be fair to the lads, they responded really quickly. They took a bit of a hold of the game early on in the second half, and pushed on from there.

"It was good scoring - we didn't leave too many behind - the accuracy was good, especially from the lads coming off the bench; I was delighted with their input.

"I think we're all just glad to get back into the realm of it again. We've loads of things we need to improve on for next week.

"Quick turnaround now for us - seven days until Tipperary down in Cork, another massive challenge for us."

Kiely's opposite number Brian Lohan now has two weeks to prepare his charges for a qualifier against Leinster opposition - one of Laois, the losers of Wexford/Galway, or the losers of Dublin/Kilkenny.

The two-time All-Ireland winner pointed to the period after half-time as the decisive part of Sunday's match.

"Just after half-time they got five rapid points with the breeze behind them, so it was a struggle from then on," he said.

"They were able to sit back a bit, and it was comfortable for their full-back line in that second half, which we'll have to work on.

"The spirit was pretty good for most of the game. Against top opposition if you drop your concentration they're able to score so freely.

"That period after half-time put us under a lot pressure, so we'll have to improve on that.

"But we're still there."