By Derrick Lynch at Cusack Park

Fermanagh will play in Division 3 of the Allianz National Football League in 2021 after losing out to Clare in Ennis.

Ryan McMenamin's charges were decimated over the last few weeks as a result of an outbreak of Covid-19, but still brought 26 players to Cusack Park for this crunch tie.

Missed goal chances in the closing quarter proved fatal for Fermanagh, but it was Joe McGann's outstanding individual effort in the opening half for Clare that would ultimately prove the difference.

There was more good news for Colm Collins with Gary Brennan and Podge Collins being called from the bench in the second half while 1-07 of their tally came from play.

The sides were level three times in the opening quarter but goal chances were also left behind with Jamie Malone and Conal Jones seeing powerful drives flashing wide of the upright.

The inside lines were getting good return from their supply with Tomás Corrigan in fine scoring form with four of Fermanagh's six points in the first half, while McGann's goal was the big moment of the first period.

Fermanagh were quick off the mark with a point in the opening minute from Declan McCusker. Keelan Sexton responded with a free before the returning Malone saw his effort tail just wide.

Corrigan edged Fermanagh back in front before Jones was unlucky to see his effort flash across the face of the goal. That sparked Clare into life with Cathal O'Connor and Malone finding the range from distance, but a Corrigan free ensured parity at 0-03 each at the first water break.

Clare carried that form into the second quarter with Cleary (free) and a Sexton '45 putting them two clear. Corrigan responded once more, but McGann's brilliant individual goal arrived moments later to give Clare a 1-5 to 0-4 cushion.

The Fermanagh response saw them hit two fine scores from Corrigan and Paul McCusker, but Eoin Cleary finished the first half scoring to leave Clare three in front at the break.

That three-point gap was maintained to the final water break, but it was missed chances from the visitors in the last quarter that proved the most costly.

Lorcan McStravich was first to try his luck as he drew a fine stop from Eamon Tubridy, and it was the post that came to Clare's rescue when it looked as if Ciaran Corrigan had the perfect chance to find the net.

A late goal from an Eddie Courtney penalty did set up a nervy finish but Clare held firm to record back-to-back wins over Ulster opposition ahead of their last day showdown with Armagh. 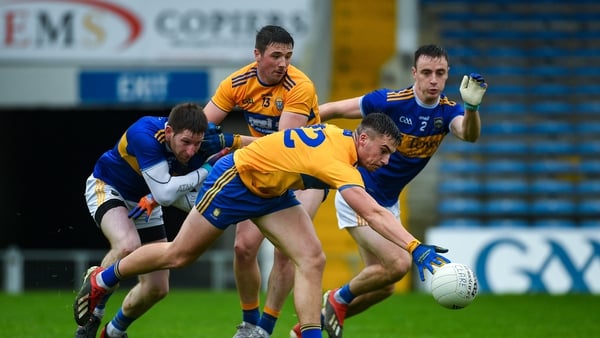 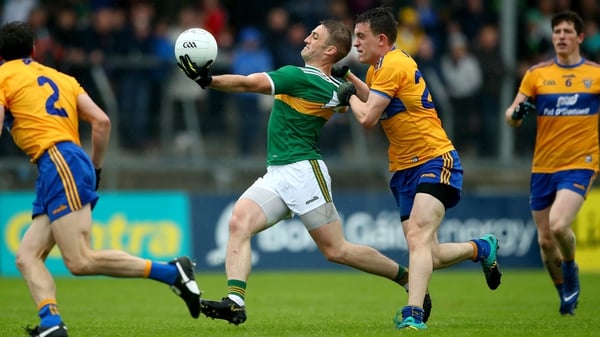 Kerry disappoint but advance past Clare 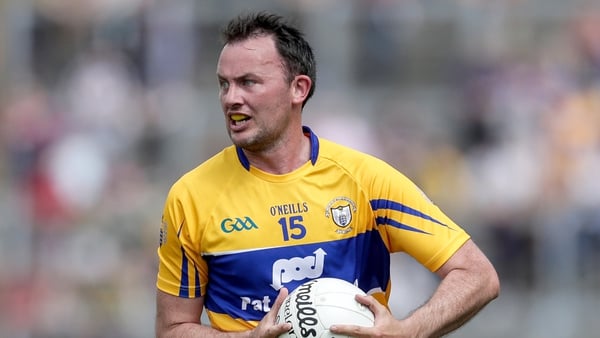