Decorated Cork footballer Bríd Stack  says the opportunity to test herself in a professional sporting environment was too great to turn down as she prepares for her move to Australia.

It was announced today that the 11-time All-Ireland winner will link up with long-time Mayo rival Cora Staunton and Donegal's Yvonne Bonner at Greater Western Sydney Giants in the AFLW.

Having retired from inter-county duty last year, the 34-year-old has decided to take the plunge in a new sporting environment and will depart for Sydney with husband Cárthach Keane and son Cárthach Óg next month for pre-season.

It was a conversation with Staunton, so often a fierce rival on the pitch, that sowed the first seeds of a switch to Australia.

"At the time I never gave it much thought," she said. "I had announced my retirement with Cork, I was looking forward to starting a family and thankfully we were blessed with a little boy last year. We have a business as well.

"So there was a lot to consider."

Giants General manager Alan McConnell had tried to lure the seven-time All-Star previously, but the timing suited better this time around.

"Alan made contact again this year. It snowballed from there. Luckily, I'm in a position to travel, and my husband is too. It will be a fantastic adventure for our small fella

"This opportunity came up and things like this don’t happen too often when you are in the latter stages of your playing career.

"I had to grab it with two hands this year when it was offered to me.

"I know it [GAA] is an amateur sport, but we took it very seriously. It was borderline professional for a lot of the latter years.

"I definitely want to see how I can challenge myself and see what else I’m made of." 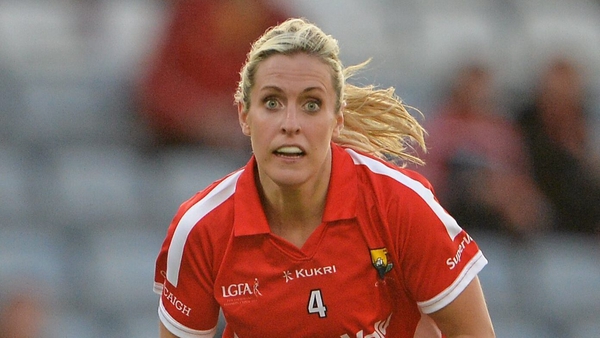