Joey Wallace made a remarkable return to action with 1-03 and the match-winning goal as Ratoath retained their Meath SFC title in dramatic fashion.

Trailing by three points after conceding a goal from a 62nd minute penalty, Brian Farrell's side looked down and out and on the brink of a painful loss.

But a point from captain Bryan McMahon left two in it again and then after a 68th minute goalmouth scramble Wallace pounced to flick the ball home from close range.

It was Meath forward Wallace's first start of the campaign having been unavailable along with brother and county colleague Eamon until recently.

The pair were needed too as Joey finished as top scorer while substitute Eamon won the free that McMahon converted.

Aside from holding onto the Keegan Cup and claiming only their second title, Ratoath are also just 60 minutes from a dream double as their hurlers play Trim in the senior final next weekend.

But it was desperately tough on Gaeil Colmcille who figured their 29-year wait for the title must be over when Brian Hanlon blasted in a 62nd minute penalty.

It was a terrific game in horrendous conditions and Ratoath, junior champions just eight years ago, had to dig so deep as sub Emmett Boyle was dismissed for a straight red card offence in the 58th minute.

The Brownstown outfit hinted that they may have an easier route to success when they burst into a 0-05 to 0-02 lead after just 10 minutes.

Man of the Match Joey Wallace was on fire straight away with a direct role in four of those five early points.

McMahon grabbed two of the points while ex-Meath underage star Daithi McGowan and Jack Flynn got the others. 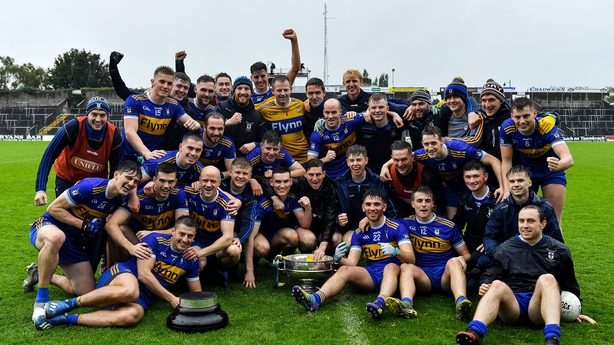 But the holders only added another point in the entire half, from a McGowan free, as Gaeil Colmcille came roaring into the contest.

The Kells men were back level at 0-05 apiece by the 14th minute following back to back Seamus Mattimoe points.

And they closed out the half with Hanlon's third and fourth points, both from frees, to lead 0-09 to 0-06 at the interval.

The third quarter was nip and tuck as the game opened out into an exciting encounter and a fisted Joey Wallace point left Ratoath with a one-point lead after 50 minutes.

Gaeil Colmcille powered on from there with a Mattimoe leveller to tie it up at 0-13 apiece entering stoppage time.

Crucially, they had the extra-man after Boyle's exit for Ratoath and when Hanlon curled home from the penalty spot the underdogs led 1-13 to 0-13.

Ratoath simply refused to be beaten though and McMahon's point from a free in the 66th minute gave them hope with just two in it.

And when Andrew Gerrard floated in a speculative high ball, Wallace was on hand to cap a brilliant game with a poacher's finish from close range to secure a famous win.