The Ulster Council has confirmed times and venues for next month's senior football championship fixtures.

The venue for the final (Sunday 22 November, 4pm) will be confirmed at a future Ulster CCC meeting but Clones will not be considered as there are no floodlights at St Tiernach's Park.

The last final held away from the traditional venue was at Croke Park in 2006 when Armagh defeated Donegal.

Under current Covid-19 restrictions up to 500 spectators can attend games north of the border but only 200 can be present at games in the Republic.

Monaghan and Cavan will kick-off this year's competition in the preliminary round in Clones at 1.15pm on Saturday 31 October.

The next day, Donegal host Tyrone in the quarter-finals at Pairc MacCumhaill, Ballybofey (1.15pm) and Armagh travel to Celtic Park to take on Derry (4pm).

On Saturday 7 November, Antrim will play Monaghan or Cavan at Corrigan Park, Belfast at 1.15pm or at Kingspan Breffni Park, Cavan if the former venue does not receive a safety certificate.

On Sunday 8, Fermanagh and Down face off in the last of the quarter-finals at 1.30pm in Brewster Park, Enniskillen.

The semi-finals will take place on Saturday 14 November (Donegal/Tyrone v Derry/Armagh, 1.15pm) and Sunday 15 (Fermanagh/Down v Antrim/Monaghan/Cavan, 1.30pm) with the venues to be confirmed in due course. 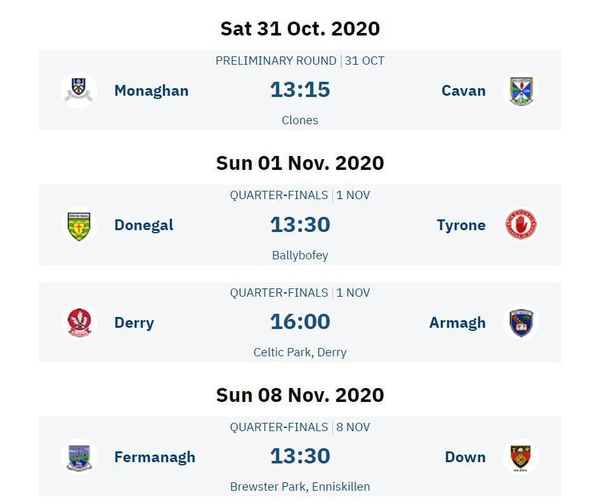 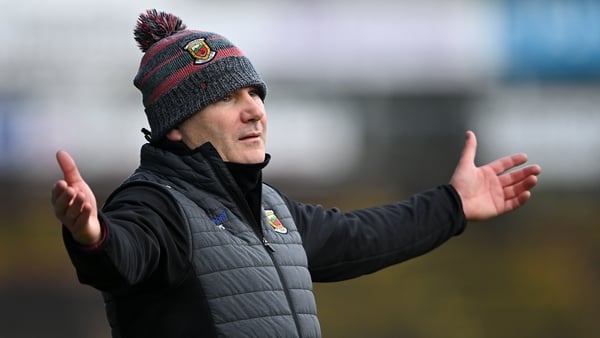