Dunloy powered to their third Antrim Senior Hurling Championship title in four years as they accounted for Loughgiel at a windy Ballycastle this afternoon.

Gregory O'Kane's men left their best performance of the campaign for last as they romped clear in the second half to score an impressive win.

Keelan Molloy was at his brilliant best, with Paul Shiels recovering from injury in the semi-final to dictate their game as a sweeper as Dunloy managed the first half well despite playing into the strong wind.

As expected, the early exchanges between these fierce rivals were tough and uncompromising with the game taking a little time to settle down with Loughgiel just holding a 0-5 to 0-4 advantage at the first half water break thanks too Liam Watson's stunning score from a line ball making the difference.

Dunloy were clever in possession as they played a short passing game and were almost in for their first goal on 24 minutes when Keelan Molloy pulled the ball across to Gabriel McTaggart who was snuffed out, but Kevin Molloy picked up possession and his shot as goal was tipped over for the equaliser.

Loughgiel were back ahead as the first half moved into stoppage time, but that Dunloy goal did arrive when Molloy gathered Seaan Elliott's line ball and bore in on goal. He couldn't get a clean shot away that was half stopped, but Eoin O'Neill was on hand to prod home.

Loughgiel were level at the break with Donal McKinley and Watson on target, but at 0-10 to 1-7 and the wind to come, Dunloy were much the happier.

They made full use of the elements upon the resumption as the scores began to flow through Cunning, Keelan Molloy, Elliott and O'Neill with a brief Loughgiel rally that saw points from James McNaughton, McKinley and Watson just about keeping them in touch going into the final quarter.

However, Dunloy removed all doubt on 55 minutes when the second goal arrived as the excellent Neil McGarry for Loughgiel was finally forced into coughing up possession with Kevin Molloy racing clear, rounding Chrissy O'Connell and finding the net.

A Cunning free left it 2-18 to 0-13 with Watson thumping to the net from a 20 metre free in reply for Loughgiel, but a stunning score from O'Neill out on the right and another Cunning free was the Dunloy reply.

Loughgiel were hunting goals but couldn't find a way through until Benny McCarry got onto Declan McCloskey's long delivery to crash home deep in stoppage time, but this was mere consolation as Dunloy cemented their status as Antrim hurling's top dogs. 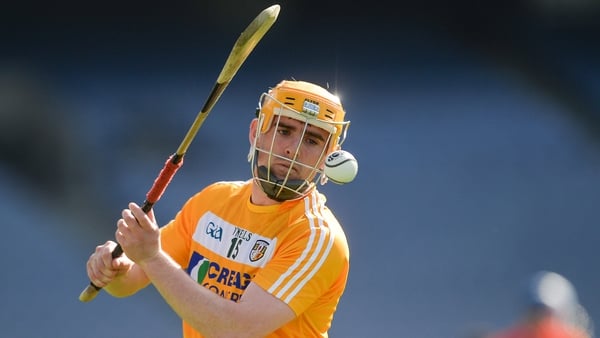 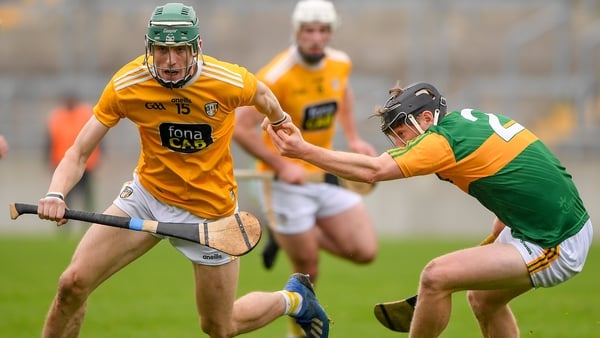 Antrim back in the top-flight after edging out Kerry 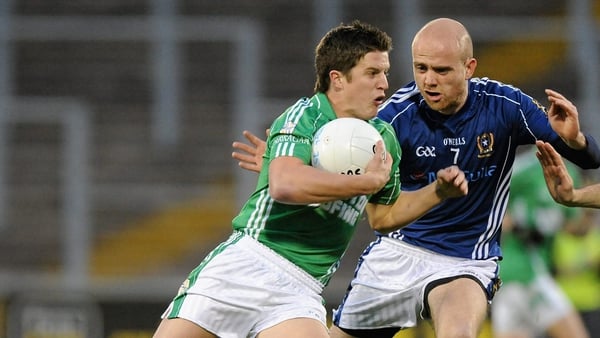