Louth GAA chairman Peter Fitzpatrick says that full planning permission for a new 14,000-capacity ground is the best news the county has ever received.

The saga over finding a home ground in the county has held Louth back for years but the €12million stadium on Dundalk's Inner Relief Road finally got the green light from Louth County Council on Thursday.

"The task of finding a new home ground, one that suits our needs and helps us develop, has been going on since 1959," chairman Fitzpatrick told RTE Sport.

"This is the best news we have received in 50 or 60 years. I was manager when we lost to Meath in that 2010 Leinster final and yesterday’s news, in my mind, makes up for that defeat and the heartbreak we had that day.

"It’s been a long time coming and to be honest I never thought we would see it."

The ground will be built on a 14-acre site.

It will feature a covered seated stand accommodating 4,000 and in time the far stand will hold a similar number. Sheltered terrace cover will provide for 8,470 fans and a general standing area for 1,450 more. Eventually, Louth hope it will develop from a 9,000-capacity venue to 22,000.

Louth GAA are delighted to announce that they have been granted planning permission for the development of our new stadium at the Inner Relief Road ??? pic.twitter.com/GkpBq2zU8b

Louth have regularly had to sacrifice championship home advantage in recent years due to Drogheda’s Gaelic Grounds’ limited capacity.

Fitzpatrick was adamant that change was needed.

"A six-person committee has met once a week for the past two years on all the planning issues that needed to be addressed once we found a site," he revealed.

"As a former Louth manager and footballer, I have travelled with the county all over Ireland and envied the grounds that others had, the likes of Offaly, Sligo, Mayo.

"We also deserved to have a place we can call home, and this is a step in the right direction."

The new arena will cost in the region of €12m. Louth are hopeful of state and GAA funding, but Fitzpatrick says they will deal with that challenge.

"The hardest part was getting land and the second biggest obstacle was planning.

"We have a lot of work to do now in terms of the finances, but we have a huge amount already done in that area and we have more plans for that aspect also.

"Preparation has already started in terms of drain operations, tidying the site up and we have already put 5000 loads of filling into the site.

"Now we drive on again. 2020 has been a tough year and I put that into perspective with what families had to go through with Covid-19. At the end of January, John Horan turned the sod on the site, but we needed something solid likes yesterday’s news after so many ups and downs.

"We had so many false promises given to people."

Louth treasurer Aidan Berrill told RTE Sport the board will have to raise roughly a third of the estimated €12m cost but says yesterday’s development was a significant milestone.

"There were no celebrations from the committee," Berril said, "it was a case of what is the next stage.

"We want to keep the progression all the way and while Covid may delay our plans, we can’t let it distract us from what we want to do either.

"We will have to fundraise a third of the cost of this project at least but we have already spoken to Croke Park about that whilst we have been in touch with the Department of Sport and Tourism in that regard too.

"We commenced our own fundraising a year ago with the Wee County Double House draw where you could win a house in Drogheda or Dundalk with the same ticket.

"We have already put the shoulder to wheel in that regard and we will get the draw reinvigorated with all clubs and sellers getting up and going again.

"The key thing from yesterday’s news is that it will raise standards everywhere and that is key to the whole thing. We have had to cancel NFL games in the past and even a county final due to waterlogging in our existing pitch at Drogheda.

"Now we will have a stadium that will see us proud to welcome teams from everywhere. In time we may have an All-Ireland under-21 final if Ulster or Leinster teams featured. It’s going to lift all our young players and give them something to aspire to."

Louth are due to resume their Allianz League Division 3 campaign with a trip to Cork in mid-October.

This will require an overnight stay and will place immediate financial demands on the board.

Fitzpatrick says the GAA in general should get every support possible as the inter-county season prepares to resume.

"The first thing I would have to commend the GAA fore is letting the club championships go ahead – that has really helped the grassroots.

"This virus has spread through the country but the GAA has been one step ahead of so many other organisations in terms of looking after everyone in the area.

"Every club has put their shoulder to the wheel.

"My only worry now is that they may have to spend €20m to have an All-Ireland series this year. It is an awful lot of money.

"Many county boards have resources and are struggling. Here in Louth, we will be taking it one game at time, but the scenario is different for everyone.

"Changes will have to be made, even if only for one year. Players may have to accept reduced mileage and panels could be limited to make sure this runs ahead.

"But it is a very serious amount of money to play for one-off games and deep down I wonder can we afford to spend that? I’m not sure about it.

"The message seems to be that people need to get out, that we all need a lift, but the GAA will need help too to run off the inter-county series." 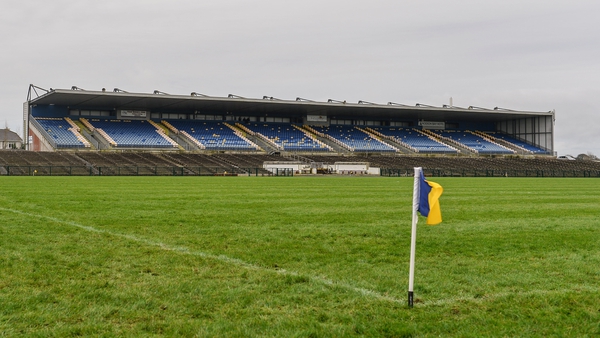