The Club Players' Association (CPA) says the "very future of the GAA which we all love is at stake" and has called on the GAA to revisit the issue of fixtures.

In a strongly worded statement, the CPA insists the GAA is in crisis due to a focus on the inter-county game, with a Special Congress before the end of the year among seven proposals set out in order to address the ongoing fixtures issues.

"The GAA is currently in the middle of a very dangerous atmosphere which needs to be addressed immediately and certainly in advance of 2021," read the statement.

"If a satisfactory set of fixtures cannot be agreed then this totally unnecessary and poisonous atmosphere will further escalate and damage our Association.

"The simple and unpalatable reality is that the GAA is in crisis."

The CPA highlights four areas that have plunged the association into crisis – fixtures, finance, a lack of central governance and a loss of identity – and has called on the GAA to take considered time to reflect on the current fixtures issue.

"More than ever we need strong leadership, direction and action. The association was able to take swift and decisive action on fixtures as we faced the coronavirus threat. When coronavirus ceases to be a threat the fixtures problem of our own creation will still be with us and will not have gone away." 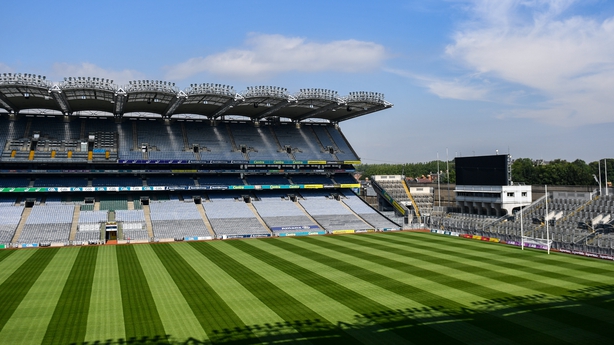 On the day that the inter-county Gaelic Players Association holds its AGM, there was also what appeared to be a pointed reference to a focus on "2% of the player membership".

"Regrettably, the perception of the GAA at national and provincial levels has become that of a corporate elitist organisation which has income generation and a focus on a small elite of its top players at the core of its activities. Thus 2% of the playing membership gets priority to the detriment of the remaining 98%. As a result, inter county activity gets priority over the needs of the vast majority of our playing members.

"There is widespread concern right across the ranks of ordinary GAA members that, unless immediate remedial action is taken, the Associations alleged corporate and elitist policy priorities will lead it on a reckless path towards a semi -professional or professional structure that will destroy its community, cultural and amateur values.

"If left unchecked, this will remove our valued infrastructure of county and parish boundaries, together with control over the movement of players. In such circumstances pride of place will be replaced by price of place."

Once again the CPA has reiterated its belief in the establishment of an independent fixtures review body, and calls for a Special Congress, remote if necessary, before the end of 2020 so that any agreed change may be implemented in time for 2021.

"The very future of the GAA which we all love is at stake," the statement concludes.

"We are pleading with the Associations leadership at national level to take whatever remedial steps are necessary and with the utmost of urgency. As elected leaders and/or paid executives, our leaders have been given the responsibility to lead."