Former Mayo manager Stephen Rochford feels the difference between Dublin and the Mayo, Kerry and Tyrone teams they have beaten on the way to five in a row is the ability to seize their opportunities in finals.

That is something he traces all the way back to the 2011 decider when a Pat Gilroy-managed Dublin edged out the Kingdom.

"We created enough opportunities to win the game and that's probably been the deciding thing between Dublin and all the teams that were trying to take them down," Rochford told The Sunday Game, which will show highlights and analysis of the 2017 clash on RTÉ2 tomorrow night from 9.30pm.

"In 2011 when they got that opportunity – Kevin McManamon's goal against Kerry – they took it. The rest of us just haven't built on those opportunities and that’s testament to why Dublin are as good as they are."

The Sunday Game returns this weekend with classic action and reaction, accounts from players on the front-line and the latest news from the world of Gaelic Games. GAA President John Horan joins @sportsdes in studio tomorrow night on @rte2 at 9:30pm pic.twitter.com/aX4ymEXKlG

Three years on from All-Ireland football final heartbreak, Rochford added that his side just came up against the "greatest team in GAA history" in their 2017 defeat to Dublin.

A year after beating the Green and Red in a replay, another one-point victory sealed three in a row for then boss Jim Gavin's men, and was arguably the closest they came to defeat on the way to what is now five Sam Maguires in a row and counting.

"They're all hard. The three finals, between the two games in 2016, to come up short against a fabulous Dublin team by a cumulative two points can be difficult," said Rochford.

"But at the same time we came up against probably the greatest team in GAA history. You just have to be able to take it on the chin and move on. 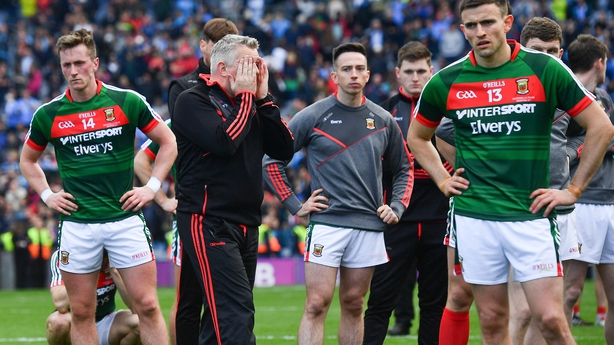 "When you reflect now, they were great times as well, when we look at the gap that's going to be in our summer with sport this year. We had unbelievable support.

"I have very fond memories and nothing that I’m more proud of than sitting on a bus with that Mayo team and driving down into Croke Park."

Tune in tomorrow night for more from Rochford and analysis from Ciaran Whelan.