"The credit belongs to the man who is actually in the arena, whose face is marred by dust and sweat and blood; who strives valiantly; who errs, who comes short again and again…"

When it was announced this week that Carlow senior footballer Ray Walker had returned a positive test for a performance enhancing substance, I had to check my own lack of surprise.

I canvassed among coaching friends for reaction. Plenty were pissed off at the shadow it casts on our sport and the culture around our games but no-one was surprised.

Ten years ago this would have been a national scandal, evoking the deepest kind of rage in defence of the GAA. Consider also that the positive test was for a performance enhancing substance that has never been returned before in this country and that the maximum possible sanction was accepted without resistance.

It may be that we're distracted but the GAA community’s reaction has been akin to a collective shrug of the shoulders to what could be interpreted as failure at the heart of the association’s values.

What has fundamentally changed over the last decade is society’s relationship with drugs, and in particular the illegal varieties. In social circles, recreational drugs are common-place and readily accessible for young people. Irish people who are at the age to play our games competitively now have grown up with the use of illegal drugs around them as an accepted norm.

Their exposure to illegal substances does not end with recreational drugs. The positive explosion of engagement with health and fitness over the last decade has brought a greater appetite to train and look good. Ask the right questions in most gyms and you can access substances that will help you with body goals too.

I canvassed among coaching friends for reaction. Plenty were pissed off at the shadow it casts on our sport and the culture around our games but no-one was surprised.

GAA members are not sheltered from any of that. Of course, they know that recreational and performance enhancing drugs are beyond the pale, but they also know better than any previous generation the benefits both convey and how to access them.

In 2019, Sport Ireland carried out 135 drug tests on GAA players – the fourth highest testing rate by sport. This rate of testing represents a cohort of approximately 0.06 % of inter county players. For anyone pondering a calculated risk, their chances of slipping through the net are attractive.

Ray Walker is the fourth GAA player to return an adverse finding since testing began in 2001. The recurring defence each time has included a cloak of ignorance to drug testing procedures and what exactly is banned.

We are well beyond the point of accepting that as even part of a credible excuse. County players are very aware that they are subject to WADA standards and may be tested. The messages are reinforced through the GPA and each county team doctor regularly.

Ignorance is not a defence nor should it be credibly tolerated.

Much of the debate around drug testing issues this week has centred on the rights and wrongs of testing amateur players in the same way that professional athletes are. Certainly, there are technicalities to have that debate around but there is no moral argument that stands up to scrutiny.

It is a myth that our players are the only amateurs exposed to Sport Ireland testing. Participants in competitive cycling were the most tested cohort last year and the majority are not making a living from their chosen sport.

GAA players should be drug tested like any other sports people, irrespective of government grants. Our players should be tested because we want them and our games to be beyond reproach for the integrity of the competitions and to protect the next generation, who idolize them.

Most people will be unaware that when the GAA signed up to operate in WADA’s international guidelines, all association members are included.

Sport Ireland are of course unlikely to waste resources testing the lotto committee or even a club senior team. They focus testing where they feel infractions are most likely and where adverse findings will have the biggest impact as a deterrent.

The reality is that because of the deterrent of testing at county level, the cohort more likely to give in to the temptation of taking artificial assistance may be club players.

It is a myth that our players are the only amateurs exposed to Sport Ireland testing. Participants in competitive cycling were the most tested cohort last year and the majority are not making a living from their chosen sport.

Many club players devote as much time and effort into developing their game as county players but ultimately they are not as talented and it can be hugely frustrating to not see the same returns as a peer on that investment in yourself.

Is the GAA Different?

The GAA is a community organisation first and foremost. The games and how we conduct them are representative of our culture and the values we live as Gaels. Whether members live in a high rise in an urban sprawl or isolated on remote farmland, when we come together to play our games, we do so under the same understanding of what the GAA represents as an organisation.

It doesn’t always work this way but most of us grow up expecting opponents to approach games in the right way and understanding that conduct and character are crucial elements of being part of a team.

The collective spirit of Gaelic Games and our innate pride in our place should – in theory – ensure that a shortcut like taking performance enhancing drugs wouldn’t be contemplated.

The top level of Gaelic Games is like any other sport in the world. The journey is often a grind that encompasses apprenticeships in club, school, college and county environments. Each platform allows a player to keep inching forward in search of self-confidence, resilience and hopefully mastery. 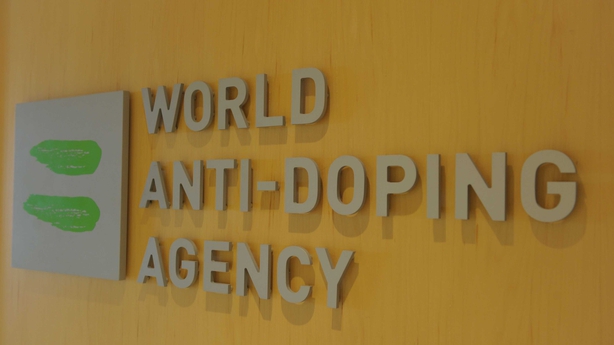 At the very top level, it often takes players a relatively long time to figure out the reason why they are addicted to what they do. Everyone loves to play the game and everyone loves to win but games represent a fraction of the commitment and success is even scarcer.

Ultimately, players immerse themselves in the ongoing battle to be better this week, this month, this year, because it is almost impossible to replicate the feeling and knowledge of entirely committing your body and soul to a cause.

If that cause has a common purpose with friends, family and neighbours then the commitment to that purpose runs very deep.

After a player steps into the shadows the game moves on very quickly. When any player reflects on their career, satisfaction will only come from the knowledge that they did all they could with the opportunities they had.

That is a particular type of journey to the top of our sports that many of us will be familiar with. Surprises are few on the road but it is never easy. It is steep with regular diversions that lead to lower ground and softer weather.

The romantic notion is that "our" sportsmen will all take that honourable route to the pinnacle of our sports.

The deterrent of a drug test should be vastly outweighed by the loss of pride, community and self-worth that a shortcut on the road could bring.

Gung ho Kingdom running out of questions to answer