Dublin footballer Siobhán Killeen has spoken of her time in isolation and her recovery after she tested positive for Covid-19.

Killeen, who works as a hospital radiographer, spent two weeks in quarantine at home as she recovered from the draining bout of illness.

The 27-year-old has since returned to the frontlines of the health-service and while spending a fortnight in isolation took a toll, Killeen is happy that she has been able to make a full recovery.

"Life has returned to somewhat of normality," she said. "I'm back in work, back out of that room I was stuck in for two weeks so I can’t really complain right now.

"I was lucky enough I live with my parents so I was able to isolate in my room and still have meals brought up to me and everything so it was kind of easy enough for me.

"The first week my energy levels were really low and I wasn’t feeling the best so I slept through the first week and that passed really quickly.

"The second week, when I started to feel better, I cleaned around my room, I had neighbours outside that I could chat through the window and a few of my friends.

"I had a few colleagues in the hospital that were diagnosed as well so they were kind of my support system, telling me to get up out of bed in the morning and make your bed because you’d be really struggling if you were sitting in bed all day." 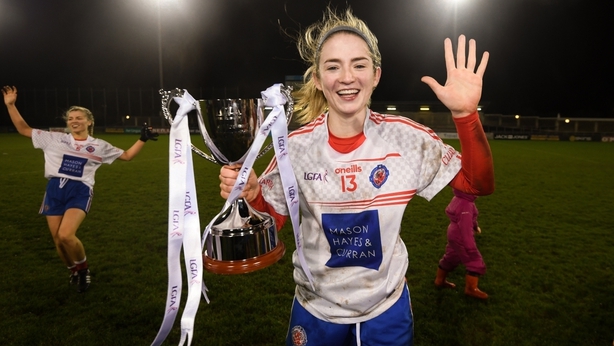 Killeen, a former Republic of Ireland soccer international, revealed just how quickly the virus hit her and just how draining it proved to be.

"I was sweating and then I had a headache. Then it hit me that there's the potential I might be sick and isn’t just the heat in the house.

"I went up to my room and all night I was really sick, my body started to really hurt then. I had really bad back pain all through the night that kept me up.

"The next morning I rang into work sick and it was sorted from there that I would have to get a test just because I work in a hospital. If I was positive, then the contract tracing wouldn’t just be who I see in my private life."

The 27-year-old is back working at the Mater Hospital but she did reveal a strange sense of guilt which followed her diagnosis.

"There was a guilty feeling I got when I first diagnosed and I can’t quiet explain it," she said. "I know a few of my colleagues felt the same.

"I was never too worried about myself, just this really weird guilty feeling that I’m now a risk to people or I have been a risk to people and each day I thought of my parents but thankfully they’ve never been symptomatic.

"I’m over it now and back to normal life."