Galway star Joe Canning says the GAA must factor in adequate preparation time for counties once it is able to announce a start date for this year's All-Ireland Hurling Championship.

Like all inter-county players, Canning is currently training on his own due to the coronavirus pandemic, and he told 2FM’s Game On that teams will need at least three weeks together in order to reach the required levels of match fitness for championship matches.

"It’s tough to do training on your own, especially hurling training," said the 2017 All-Ireland winner.

"It takes a while to get up to match fitness. You can be as fit as you want and run all day, but when you’re in the middle of a game and are getting hit in rucks or contesting balls, it’s a different kind of fitness.

"That could take two or three weeks of internal matches – I don’t think you’re going to get challenge matches against other teams either at that stage, so close to Championship. You’d want three weeks even to get your skill work up.

"There’s only so much you can do with a ball wall as well. You’ve seen all the stuff going round on social media for kids but it’s a lot different when you get out in the heat of battle in championship." 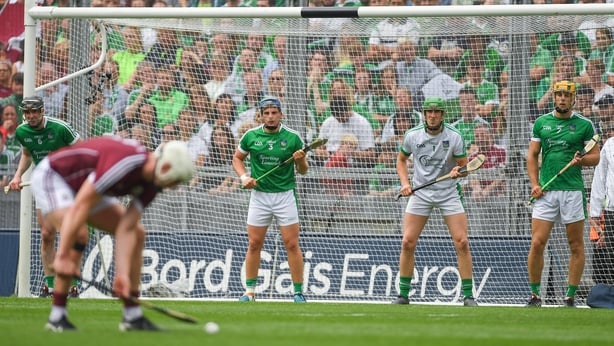 This year's Championship could yet revert to a straight knockout but Canning believes any format will draw large crowds of sports-starved fans.

"I’d welcome any match at this stage," he admitted. "There is a lot of talk about going to back to the knockout format, it’s something most players would be familiar with. I’m not too sure if it’ll be like back in the '90s, teams who get to Leinster or Munster finals might get a second chance.

"The crowds will be massive if ever it does come back this year. You only realise how much an influence sport has on people’s lives when it is taken away from you, even if it’s only the last three or four weeks. Imagine in a couple of months’ time."

One small positive for Canning from the suspension of the GAA season is that it has allowed him time to overcome the calf injury that saw him miss Galway's Allianz League games against Waterford, Cork and Tipperary.

"The injury is fine now," said the UNICEF ambassador. "I’m just trying to train away on my own as much as I can but it’s tough. When you’re in a team environment, it’s difficult to train on your own. The craic you have before and after training is the best thing about it. You’d miss that part.

"It’s mental more than anything. You get by, you do all the stuff that you’re told to do. Actually finding places outside to train is difficult at the moment because nearly everywhere is closed down at this stage."