Cork manager Ephie Fitzgerald admitted he was not satisfied with parts of his side's performance, but a convincing second-half yesterday saw the Rebels return to the top of Lidl Ladies NFL Division 1.

This was Cork's fourth straight win and Orla Finn’s seven-point haul gave them the edge against Mayo, who fell away and only scored one point after the break.

With Finn and Aine O’Sullivan on song Cork kept in touch, while Libby Coppinger’s goal early in the second half kickstarted their powerful finish.

"We weren't happy with our first-half performance, but in fairness the girls knew that themselves," said Fitzgerald.

"In fairness to Mayo, they were much better that us in that half, they played some great football and deserved to be in front at half-time.

"But after the break, once we got the goal, I felt we were always going to win."

A goal from Lisa Cafferky helped Mayo into a two-point lead at half time, but manager Peter Leahy was forced to field a much changed team with some of his squad unavailable because of the weather affected fixture.

"We knew this was going to be tough game and we were missing a few players with the game having been put back a week," said Leahy.

"Some of the girls had arranged to go away on holidays so we didn't try to stop them. But it gave us the chance to look at a few more players and credit to them I thought they did well. We will re-group ahead of our game next weekend." 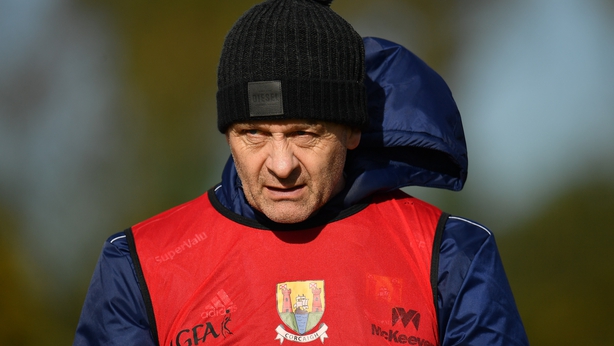 Despite playing against the slight wind Cork got off to the better start with Finn opening the scoring in the second minute and she doubled Cork's advantage from a free with seven minutes played.

But from the re-start Mayo took the lead when a sweeping move up the field saw Mary McHale take on the Cork defence before setting up Lisa Cafferky for a goal.

Aine O'Sullivan and McHale swapped points, and Finn soon had the sides level again, but points from Lisa Cafferky and Sinead Cafferky increased Mayo's half-time lead to 1-3 to 0-4.

Cork’s Aine O'Sullivan and Mayo’s Maria Reilly were both sin-binned before the break, and after making some readjustments Cork delivered a much improved performance after the break and Coppinger goal pushed them back into the lead.

Finn added two from frees, before Lisa Cafferky pointed from a free for Mayo, their only score of the half.

Cork continued to dominate, with Saoirse Noonan increasing their lead and two more frees from Finn had them 1-10 to 1-04 up, with four minutes left to play.

Two late scores from Aine O'Sullivan rounded off the scoring as Cork ran out deserving winners and move back to the top of the table.