Waterford ended their winless run in this season's Allianz Football League when stinging Sligo in a two-point win, 2-12 to 0-16, in harsh weather conditions at Markievicz Park.

The Déise came to the north-west on the back of three successive losses in the basement tier.

But they remained resolute against a wasteful Sligo, who were reduced to 14 players in the 63rd minute when John Francis Carr received a second booking.

The home side, looking to bounce back from their loss against Wicklow in Aughrim last Sunday, were the better side only in sporadic patches.

Paul Taylor’s men paid the price for four wides in the opening 10 minutes of the second-half, having started the second-half with a three-point lead, 0-9 to 0-6.

The home side were first on the scoreboard with a point from Barry Gorman, who was making his first start of the 2020 AFL, and their three-point lead by the 20th minute, 0-5 to 0-2, was an indication of their relative control.

This lead could have been greater but Red Og Murphy drilled a shot wide from Sligo’s best goal chance after 11 minutes.

Among Sligo’s points at this stage were fine efforts from play by Sean Carrabine and Liam Gaughan, who would end up shooting six of his side’s 16 points.

Waterford, who were playing against the swirling breeze in that opening half, remained in contention thanks to points from Jason Gleeson and team captain Conor Murray.

The visitors’ best point of the opening half came from wing-back Robbie Flynn.

Even with the interval lead and three substitutes contributing second-half scores, including a fine score from Cian Breheny, Sligo were never convincing in the second period.

Waterford’s two goals made the difference, of course. Seanie O’Donovan goaled in the 50th minute, when finishing off Dylan Guiry’s initiative, to cut the margin to a point, 0-11 to 1-7.

Their second goal was just as important – Dylan Guiry finding a way through with 64 minutes played to put Waterford a point up, 2-9 to 0-14.

Liam Gaughan’s sixth point of the game was the equalising score but Sligo were stunned in the five minutes of time added on.

Waterford not only boosted their season, they dented Sligo’s hopes of getting out of Division Four at the first attempt. 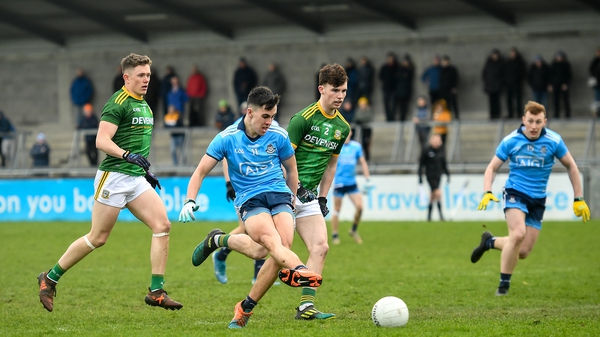 Dublin prove too strong for Meath in U20 semi-final GAA

Sligo dig deep to record another win in Division 4

Tourlestrane stroll to fourth Sligo SFC title in a row