Luke Connolly struck for two second-half goals to rescue Cork and preserve their winning run in Division 3 of the Allianz Football League after they held off a brave challenge from Tipperary.

Tipperary deservedly led by 0-12 to 1-06 at the break but Connolly's goals, one from a penalty, saw the Rebels lead for the first time and they then did enough to hold off a late challenge from David Power’s men.

Tipperary deservedly led by 0-12 to 1-06 at the break after a quality opening half where they picked off some excellent points.

They might have only managed 0-26 in their three games prior to this but they laid down an early marked and had five on the board in the opening ten minutes.

In contrast Cork shot four wides before Mattie Taylor got them off the mark after ten minutes to make it 0-05 to 0-01 after Steven O’Brien, Emmet Moloney, Sean O’Connor and Colman Kennedy had hit the target after debutant Riain Ouigley marked his first start with a point after just 70 seconds. 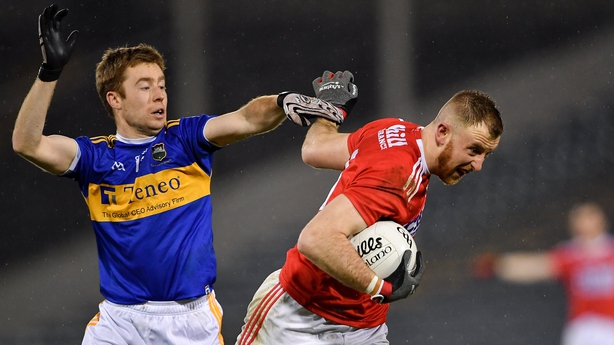 Cian Kelly followed up Taylor’s opeming point with a second one for Cork but Tipperary hit back with efforts from Conor Sweeney and Quigley.

John O’Rourke pointed for the Rebels, and then Ruairi Deane found the net and Cathail O’Mahony pointed to level at 1-04 to 0-07 after 26 minutes.

The Tipp response was excellent and they hit the next five points before Cork cut the gap before the break through O’Rourke and O’Mahony to trail by 0-12 to 1-06.

Tipperary pushed on and points from Kennedy and Liam Boland extended the lead to five after 39 minutes.

But then Cork hit back and Connolly got them back in the game when he blasted home a penalty after Mattie Taylor was fouled by Riain Quigley to make it 0-14 to 2-06.

Two points from Cathail O’Mahony helped Cork cut the gap to a point by the 48th minute and then Connolly struck for his second goal to put them ahead for the first time in the game.

Sub Ciaran Sheehan quickly added a point to lead by 3-10 to 0-16 going into the final quarter.

Sweeney and Brian Fox responded for Tipperary but two more points from Connolly and one from O’Mahony left Cork leading by 3-13 to 0-18 with seven minutes left. 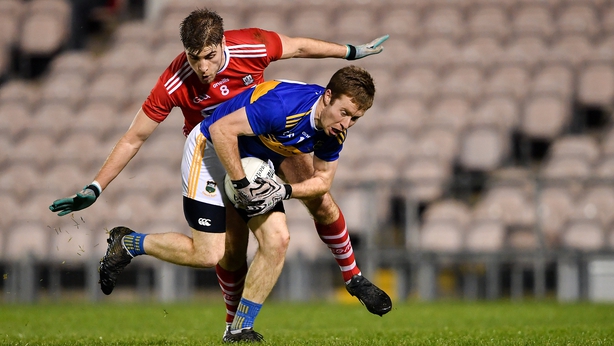 The Rebels lost Ciaran Sheehan to a yellow card but he returned during six minutes of stoppage time and while Tipperary got the margin down to the minimum in the dying moments they were unable to force a draw which was the least they deserved for such a performance.