The repeat of the 2019 TG4 All-Ireland senior final between Dublin and Galway is the stand-out fixture in Round 4 of the Lidl National League.

The sides meet at DCU St Clare's on Sunday (1pm) in a fixture with big implications at the top of the table.

Dublin are currently two points behind Sunday’s visitors, and they trail pace-setters Cork by five.

There’s also a big clash between Cork and Mayo in store as the race for top two finishes gathers momentum.

Cork are three points clear of Mayo, who make the trip to Cloughduv Hurling club for a 2pm start.

Also in Division 1, there’s a Munster derby as Waterford entertain Tipperary (2pm, Fraher Field), while Westmeath will look to avoid a fourth straight defeat when they welcome Donegal to the 3G pitch at St Loman’s for a 2pm throw-in.

In Division 2, the race for promotion intensifies as Cavan and Monaghan, two teams in a cluster of four all on six points, clash in an Ulster derby.

Kerry will aim to consolidate top spot at home to Tyrone, while there’s also a full list of fixtures pencilled in for Divisions 3 and 4.

Live scores and reports on RTÉ.ie and the RTÉ News Now App.

Sunday: Rather cloudy to start the day with some mist and drizzle. However, it is expected to brighten up with good dry periods for a time. By late afternoon cloud will thicken in the southwest and rain will spread across much of Munster and Connacht by evening time. Maximum temperatures of 5 to 8 degrees. The rain will extend nationwide early on Sunday night accompanied by strong southeast winds. Some snowfall is possible for a time in Ulster and north Connacht. Minimum temperatures of 1 to 4 degrees in the north but a much milder 5 to 9 degrees further south. For more visit met.ie.

SUNDAY (All fixtures 2pm unless stated)

Cork will aim to make it four wins from four when they welcome Mayo to Cloughduv.

The Leesiders have been impressive thus far in Division 1, and claimed a morale-boosting victory over Dublin at Croke Park last time out.

Mayo are motoring nicely too, with two wins from three outings, and they’ll look to build on their gritty victory over Waterford in a low-scoring Round 3 encounter played in difficult conditions.

Cork are unchanged for this one, while Mayo boss Peter Leahy continues to juggle his pack and has made seven changes in personnel.

It's a repeat of the 2019 TG4 All-Ireland decider as Dublin welcome Galway to DCU St Clare’s.

When the sides last met in competitive fare, Dublin claimed a third successive Brendan Martin Cup win in poor weather conditions at Croke Park, in front of a record 56,114 attendance.

There are a number of survivors on both sides in action for this one but Dublin will be without midfielder Lauren Magee, who suffered an injury against Cork that looks set to rule her out for some time.

Niamh Hetherton’s inclusion at midfield is one of two changes in personnel for Dublin as they look to bounce back from defeat to Cork, while Galway are unchanged from the team that accounted for Donegal.

Dublin will be mindful of the Leonard cousins, Tracey and Roisin, who are in rich scoring form.

Waterford and Tipperary meet in a Munster derby – and a win for either side would put them back in the hunt for a top-two finish.

Tipperary are on four points in the table – with a draw against Dublin and a victory over Westmeath accounting for those – but Waterford have lost their last two games after beating Galway in impressive fashion on the opening day.

Waterford have made two changes for this one, with goalkeeper Kelly Moroney and Roisin Tobin handed starts, while Orla Winston returns to Tipperary’s starting line-up.

Aishling Moloney has been in superb form for Tipperary, and starred for DCU in the Gourmet Food Parlour O’Connor Cup on Thursday night.

Westmeath are in big trouble at the foot of the table – pointless after three games and three points from safety.

The Lake County need to start picking up points – and quickly – if they’re to avoid the drop.

Donegal claimed a very good victory over Waterford in Round 2, but they lost out to Galway last time out, having suffered an opening day loss to Mayo.

Donegal have been challenging towards the head of affairs in recent seasons but without some key names for the League, this season may be about consolidation in the top flight.

The picture is more bleak for Westmeath right now but a win on Sunday would have them right back in the hunt to stay afloat. 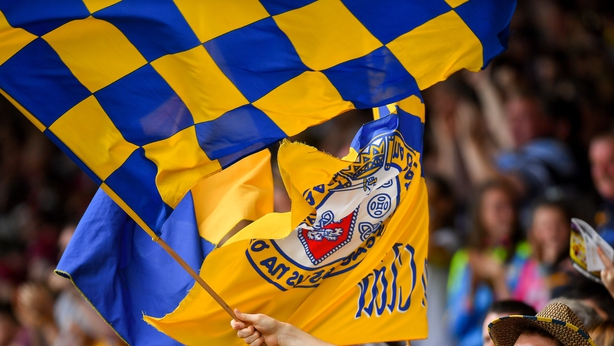 Three games played, three defeats for Clare, who find themselves in a big relegation battle.

It doesn’t get much easier for the Banner County as Meath, with two wins from three, make the trip to Doonbeg on Sunday.

Meath have adapted well to life in the second tier following last year’s promotion and find themselves in with a chance of a top two finish at the midway point in the group stages.

Kerry were relegated in 2018 and lost out to Waterford in last year’s Division 2 decider. But it appears that the Kingdom are hellbent on going up this time and they’ve collected three wins from three to date.

Tyrone are a team showing good form too – and they’re chasing a third win on the bounce following successful clashes with Clare and Armagh.

This one is beautifully poised as Monaghan and Cavan are both locked together on six points – along with Meath and Tyrone.

Monaghan scored heavily against Wexford in their opening game, beat Clare and fell to Meath in their last outing.

Cavan, meanwhile, lost by just a point to pace-setters Kerry in their opening game, before recording excellent wins against Meath and Wexford.

Wexford have a -84 scoring difference at the moment, and have lost their opening three games.

That gives you some indication of the struggles currently being endured by the Slaneysiders, and they have another tough assignment against Armagh on Sunday.

Armagh could do with points themselves, as they’ve lost two games from three outings to date, and are third from bottom in the standings, behind Clare and Wexford. 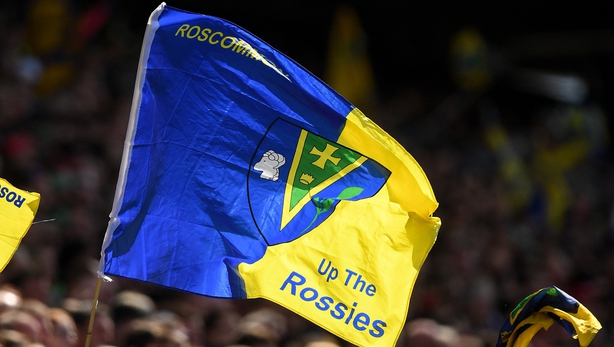 A huge game in the promotion race in Burren, as top of the table Down welcome third-placed Roscommon.

Down appear rejuvenated this year and Natasha Ferris weighed in with a remarkable haul of 1-14 in the Round 3 victory over Sligo, a fixture that survived Storm Dennis.

Roscommon are also on maximum points, as they have a game against Fermanagh to be factored in after weather twice put paid to it.

A crucial fixture towards the bottom of the table in Newtowncashel on Sunday.

Longford have one point from three games, while Fermanagh, who were promoted last year, have yet to get off the mark.

Fermanagh have that game in hand against Roscommon to come but a positive result here would go a long way towards securing survival.

Kildare are the other team in Division 3 with maximum points – and they’re looking for a fourth win on the bounce.

Opponents Laois have won one, drawn one and lost one of their opening three fixtures, and travel to Hawkfield with confidence following a three-point win over Longford in Round 3.

Carlow will have gained huge confidence from their draw with table-toppers Offaly in Round 2.

The Barrowsiders will feel that a top-two finish is there for the taking, and victory over struggling Derry would be a huge boost.

Derry are bottom of the table on scoring difference, and pointless from three games to date.

Offaly dropped their first points of the campaign last time out against Leinster rivals Carlow, and will aim to get back to winning ways on their trip to Limerick.

The hosts have lost two of their opening three games, and are coming off the back of a four-point defeat to Louth.

The Shannonsiders have been competitive though against Louth and Carlow, even in defeat, and will be quietly confident of getting a result here.

Third hosts second in Division 4, and the winners here will feel confident of pushing on and claiming one of the coveted top two slots.

Both sides have played two games each – have won both of them – and something has to give here as one 100% record will fall.

Leitrim appear to be a much improved outfit and they’ve registered 12-27 in two games to date, with Louth looking to build on a hard-fought victory over Limerick.