Live tracker and reports on RTÉ.ie and the RTÉ News Now App from 2pm on Sunday

Widespread heavy rain and hail showers with thundery downpours at times, but drier and brighter at times in parts of the east and south. Cold with afternoon temperatures of 4 to 8 degrees Celsius with a very significant wind chill factor. Showers and extremely windy conditions for a time on Sunday night.

These three fixtures bit the dust last weekend as Storm Ciara made her presence felt across the country. We're all hoping Dennis won't be similarly disruptive this Sunday.

Laois have arguably been the surprise package of Division 2 this season. The midlanders came into this year's campaign off the back of consecutive promotions, and were expected to be in a relegation fight rather than the promotion battle.

But their late show to earn a draw with Roscommon, coupled with an impressive home victory against Kieran McGeeney's Armagh, has left Mike Quirke's side in a good position.

Another two points on Sunday would leave them top of the Division 2 table, with a couple of Leinster derbies, against Kildare and Westmeath, among their remaining fixtures.

Cavan were dealt two blows before the start of the season when Killian Clarke and Dara McVeety opted out of the panel but a win on Sunday would put them in a strong position in the Division.

It's been a bit of a Jekyll and Hyde campaign for the Breffni men, with a poor showing in their opening day defeat against Armagh, before turning it around against Westmeath last time out.

Louth are one of just four counties without a point at this stage of the league, with two of those (Waterford and London) at the foot of Division 4.

So getting some points on the board is a must for Wayne Kierans' men.

Offaly managed a credible draw with high-flying Longford last time, after losing heavily to Cork on day one. They certainly won't be the only county the Rebels roll over, as they head for a near certain promotion at the end of next month.

These are two counties who will both feel they would have a good chance of winning the new Tier 2 competition in the summer, if they fail to reach the Leinster decider, so this one should be feisty enough. 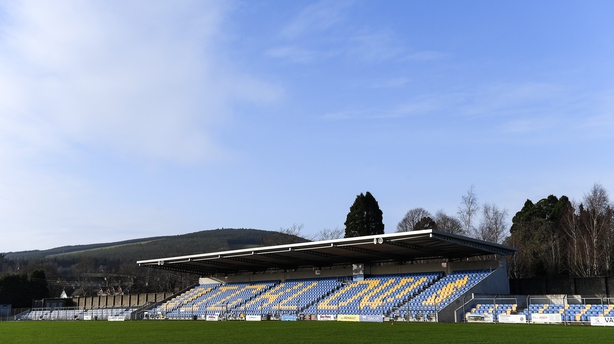 Sligo hadn't won a game in 18 months before they beat London at the end of last month. Sunday will provide them with a chance to win three on the spin.

Divison 4 looks very competitive this season, with Limerick unbeaten, and three other sides, including the Yeats County, just behind them on four points.

That said, Wicklow have a chance to join the group in joint-second place if they can win in Aughrim on Sunday.

Davy Burke's side performed well against Carlow the last day, despite coming out on the wrong side of the result.

They'll feel confident that they can get a result at home - an intriguing contest remains.