Derry put themselves back into contention for promotion with a first league win of the year against a Tipperary side that found itself down to 12 men in the second half of a dour encounter in Celtic Park.

Rory Gallagher's Oak Leafers were full value for the two points against an overly defensive Tipp side that failed to score from play and saw both Steven O'Brien and Daire Brennan red carded, with John Meagher and Alan Campbell black carded, all in a second half to forget for the Munster men.

Shane McGuigan was Derry's go-to man with seven points, six of which came from frees, to secure a result that take Derry level on points with Tipp in the table.

With the Celtic Park pitch only passed playable 90 minutes before throw in, conditions were always going to play a pivotal role in proceedings with the under foot terrain particularly difficult for players.

Gallagher will not have been too unhappy with what he saw in the first 35 minutes even if Tipp's lack of ambition was playing into home hands slightly as the Oak Leafers headed into half-time with a single point advantage at 0-04 to 0-03.

Tipp's Conor Sweeney had opened the game's account with a first minute free but Toner's ability to turn on a sixpence brought Derry an immediate response as he spun and fired over 60 seconds later.

That set the tone for a half in which the sides had only one clear goal chance each, Shane McGuigan's first time soccer style effort comfortably gathered by Tipp number one Evan Comerford while Kevin Fahey was only inches from connecting with a Brian Fox pass.

As it was further points from Shane McGuigan, two frees, and Niall Keenan, gave Derry their one point interval lead with all Tipperary's score coming from frees, Sweeney and Kevin O'Halloran adding to Sweeney's opener.

Tipp emerged  from the changing rooms to equalise within one minute of the restart through a Jack Kennedy free but thereafter Derry took over and with the avalanche of Tipp cards, Derry had a stranglehold they wouldn't relinquish even if they were far from convincing with the extra men.

A McGuigan free had edged Derry back in front when the black card that had been hovering over Tipp all day finally arrived on 40 minutes as John Meagher tripped Niall Toner after the Derry forward had turned him and was threatening to head for goal.

McGuigan scored the free, added another soon after and suddenly Derry were three points up at 0-07 to 0-04  and had the game where they wanted it.

That control was reflected by another Oak Leaf score, Laim McGoldrick this time storming forward to put Gallagher's men ahead by double scores at 0-08 to 0-04 before the wheels really came off Tipperary.

No sooner was Meagher's time in the sin bin up, indeed, the Tipp player was making his way back on to the pitch, than his place in the "naughty corner" was taken by team--mate Alan Campbell who had pulled McGuigan back.

O'Brien obviously disagreed with the decision and must have made his feelings known a little too forcibly to referee Jerome Henry who promptly showed the Ballina man a red card.

With McGuigan's free extending the Derry lead to 0-09 to 0-04 and Tipp showing no ability to fashion goal chances, the game looked gone but any doubt was removed soon after when Brennan lashed out at Padraig McGrogan after being fouled and became the second Tipp man sent off inside three minutes.

The visitors deserve credit for converting two more frees courtesy of Kennedy and Sweeney which at least kept it interesting and it will be a source of frustration for Gallagher that Derry did not kick on when playing against 12 men for a period but the result was never in doubt.

McGuigan's first from play removed all doubt and Derry had their first win of the season.

Armagh hold off dogged Derry to progress to semi-final 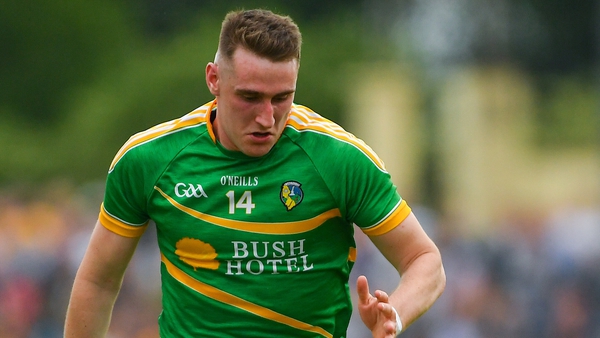 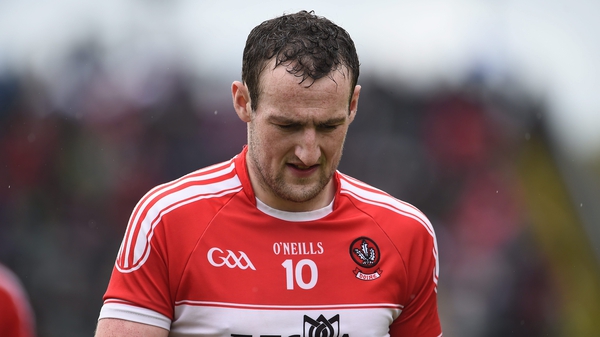