Cork v Waterford
It's an all Munster affair in Páirc Uí Chaoimh this weekend as the Rebels welcome the Déise to their home patch. Played as part of a double-header with the GAA it's a big occasion for both sides.

The Rebels will feel that they have many wrongs to right after a disappointing year by their standards and failing to make the Final in the league championship last season. With Paudie Murray remaining at the helm there's no reason for the Cork women not to come back stronger this year.

Along with star forward Beth Carton, many feel this could be the year for Waterford to break into the leading pack and announce themselves as one of the best in the country.

Offaly v Clare
2019 was a year to forget for the Leinster side after a dreadful campaign in both the League and Championship that saw the county pick up just two wins in total over the two competitions.

Having survived the relegation play-off against Wexford, they remained as a Division 1 team, but performances will need to be much better if they are to continue at the top level. Albert Kelly's side will feel that home advantage in the opening round could help get their campaign off to a good start this weekend.

Clare also had a poor 2019 campaign having failed to qualify out of the group in League and Championship. Despite their poor results, manager Ger O'Connell will know he has the forward players that can turn any game on its head at any given time and they will need to call in that experience throughout their League campaign.

It will be an exciting opening round fixture with both teams feeling that a win is possible ahead of throw-in. 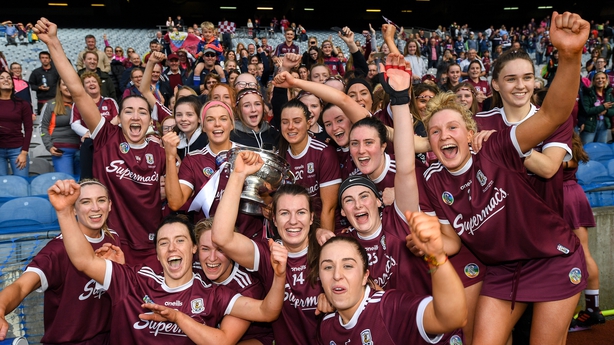 Dublin v Galway
The Sky Blues will be disappointed with their efforts last year after breaking huge ground in 2018. Having failed to qualify out of the group in either the League or Championship the attention quickly turns to rectifying those results this year.

A new management team always brings fresh ideas, so it is up to John Treacy and Willie Braine to restore the confidence back into the Dubs. They face the hardest test of all when they welcome the champions to their home turf this weekend.

The Tribeswomen are the team to beat in 2020 as the reigning League and All-Ireland champions get their campaign off to a start on the road to the capital.

After a trophy-laden year including numerous team and individual awards, they will be hungry to continue that form for another campaign and retain their title as the best team in the country. With Cathal Murray in charge for another year the confidence will be high when they get underway this weekend.

Limerick v Tipperary
After a Semi-Final defeat in the League campaign 12 months ago, Limerick will be hoping to return to the latter stages once more as they get their season up and running against their Munster rivals Tipperary in the LIT Gaelic Grounds this weekend.

Having lost to this weekend’s opponents to end their Championship campaign in August, they will be looking to turn their fortunes around on this occasion.

Tipperary failed to advance from the group stages of the competition 12 months ago and will set their sights on rectifying that this time around.

They face off against their provincial neighbours this weekend and will know that they need their best players firing from the start if they are to return to the Premier County with the victory.