Kildare manager Jack O'Connor wasn't getting ahead of himself after he started his first Allianz League campaign in charge at Newbridge with a two-point win over Fermanagh on Sunday.

Daniel Flynn's second-half goal was particularly important for the Lilywhites, as it came after a run of four consecutive points for the visitors.

Speaking to RTÉ Sport's Darragh Maloney afterwards, the Kildare manager said it was the turning point in the game.

"The man that got it lifted the crowd behind us," he said, "and that just gave the players a bit of energy.

"A tough game. Fermanagh came down and they were very well set-up defensively, and our boys, at times, found it hard to break down.

"We kept at it. Second-half I thought we upped the ante a bit, work-rate-wise.

"Just glad to get out with a result, (there's) no easy game. Hopefully it gets us a bit of momentum" 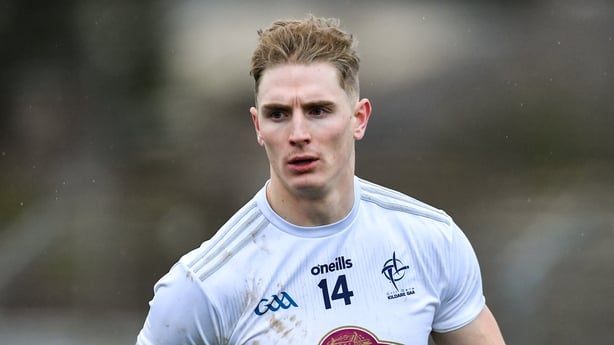 The return of Johnstownbridge man Flynn was seen as a major boost for O'Connor, when he confirmed his availability before Christmas.

He was nominated for an All-Star in 2018, but stepped away from inter-county football last year.

"Super to be back, really, really good to be back on the pitch," said of Flynn of his decision to declare himself available.

"I couldn't tell you anything about the goal... right place, right time!

"In that second-half the momentum shifted a couple of times. We got on top in the first 10 minutes, then they got back into it. The last 10 or 15 minutes was crucial for us.

"It's a good set-up (with Jack). For me, I'm happy to be back playing. It's very free and flowing football, even for January."