The clash of champions saw Allianz Hurling League and Munster title-holders Limerick come from nine points down at half-time to pip All-Ireland champions Tipperary in a thrilling opening to the league at Semple Stadium tonight.

Tipperary looked  unbeatable in the first half as they completely dominated the opposition to forge 0-13 to 0-4 ahead by the break. Jason Forde shot seven of the points, one from play, as Limerick struggled to get a foothold in the game.

It was a different story after the break. A Limerick response was expected and they did not disappoint the 11,867 attendance. They  were still seven points adrift when Aaron Gillane was set up by sub William O'Donoghue for their first goal in the 49th minute.

Six minutes later O'Donoghue was again the provider when sub Gearoid Hegarty swooped to level for Limerick, 2-10 to 0-16. 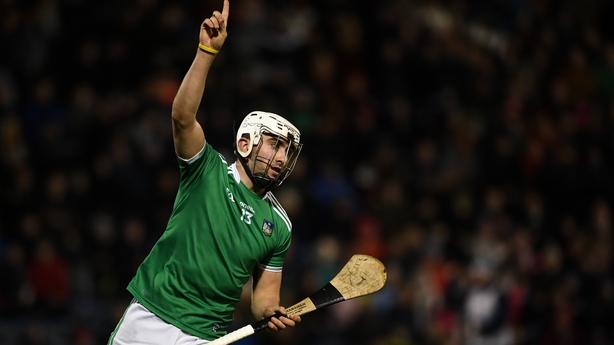 Jason Forde briefly restored Tipp's lead with a point from a free but the momentum was with Limerick  who had points from Gillane (2), Diarmuid Byrnes and Seamus Flanagan to be two ahead with time running out.

Limerick then lost O'Donoghue to a second yellow card for a foul on Jake Morris  in the 72nd minute.

Forde blasted for goal from just outside the 20-metre line but his shot hit the woodwork and was scrambled clear to give Limerick the perfect start to the defence of their title.

Limerick had eight of their championship side and their huge second half performance sets down a marker for the year. David Dempsey, Tom Morrissey and Aaron Gillane were their chief marksmen with Richie English, William O'Donoghue and Diarmuid Byrnes also prominent.

Tipp also had eight of the starting fifteen inthe All-Ireland final. Manager Liam Sheedy said beforehand that his side were behind in terms of preparation and this was borne out by the second half slump.

Tipp strike at the death to snatch thrilling U20 Munster final

Tipp turn it up in the second-half to demolish Déise