DCU are through to the Electric Ireland Sigerson Cup final and will be strong favourites to collect a fifth title after powering past UCD to reach next week's decider against Carlow IT.

Monaghan's David Garland led the scoring for the 2015 champions with 0-07, while fellow Farney man Micheal Bannigan blasted 1-02 in a commanding display from the tournament hosts.

UCD were fresh off punishing battles with Ulster University and St Mary's in the quarter-finals and looked a pale shadow of the force that roared to their last third level success in 2018.

John Divilly's side managed just a point from play in the entire hour or so and set up in a defensive formation initially to contain a DCU side that blasted 7-14 in their quarter-final demolition of Queens. 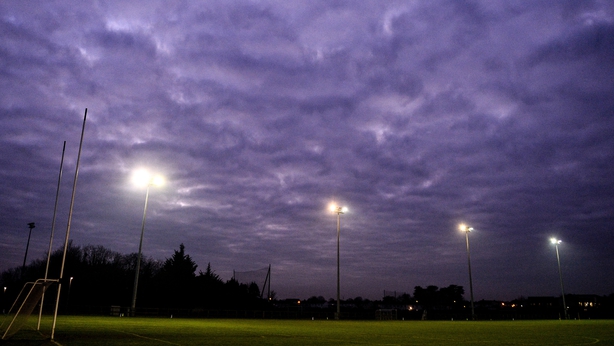 Bannigan scored 2-04 in that game and was to the fore again with the 34th-minute goal from a penalty that ultimately killed off UCD.

There were strong performances too from DCU's Dublin and Ballymun duo, Paddy Small and Evan Comerford, who clipped 0-05 between them while former Dublin underage star Shane Carthy, from the Naomh Mearnog club, added a point.

The early exchanges were tense with UCD getting all 15 of their players behind the ball at times and DCU drawing fouls to lead by 0-04 to 0-02 with all four of their scores coming from placed balls, Garland and Bannigan converting. 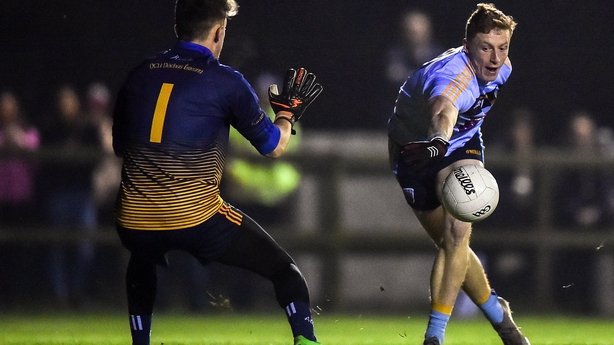 Small hit DCU's first point from play in the 25th minute and it was a beauty as he cut in along the left end-line and split the posts from an acute angle with a right-footed curler.

UCD's Ray Connellan was sent to the sin-bin for a black card offence moments later and DCU capitalised, moving 0-07 to 0-02 ahead at half-time and adding a goal through Bannigan and another Small point after the restart before ex-AFL player Connellan returned to play.

Laois' Gary Walsh did score a point from a free for UCD early in the second-half but Bannigan's goal arrived shortly after and it seemed to knock the stuffing out of the visitors who didn't score again.

DCU, in turn, reeled off an impressive 1-08 without reply with Garland coming into his own and scoring four second-half points from play. 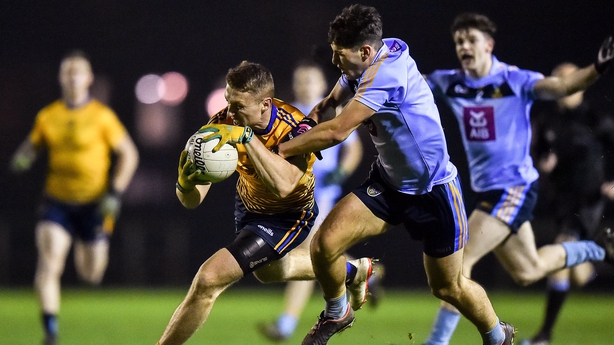