David Clifford says he isn't worried about the added responsibility of being selected as Kerry senior football captain for the 2020 season.

The Fossa forward, who celebrates his 21st birthday tomorrow, succeeds Gavin White as a result of East Kerry’s victory in the county championship having being nominated by the divisional side.

Clifford has claimed two Munster titles, two All Stars and a Young Footballer of the Year accolade in his short career to date and led the charge to Dublin in last year’s All-Ireland finals.

"It’s a great honour for me, especially for my family and the club. Hopefully we will have a long year ahead," he told RTÉ Sport’s Marty Morrissey.

It won't change too much

He becomes the first man from the Fossa club to captain Kerry at senior level and despite his tender age, he has no fears over the new role.

"There are plenty of leaders in the Kerry dressing-room, they will keep doing what they’re doing. It won’t change too much."

Manager Peter Keane confirmed to the gifted forward last week in training the captaincy position and he too expects the youngster to continue where he left off in 2019.

"I wouldn’t get too worried about the responsibility, but it is a big thing for a young man. That’s just the way it is," he told RTÉ Sport.

"We are happy that he is captain and we wish him and his family well, his dad Dermot and mother Ellen. They are all obviously looking forward to it."

The Kingdom open their league account in Croke Park, just four months after coming out the wrong side of the result in the drawn All-Ireland final.

Keane admits that there is an element of unknown given Kerry’s gradual return to training.

"We have to start somewhere and we’ll start on Saturday night."

Clifford hit seven points over the course of both games against Dublin in September and is looking forward to pitting his wits once again against the champions.

"Any time you get to ply your trade in Croke Park and test yourself against the benchmark in Gaelic football at the minute is always great.

"It will be a good test of us to see where we are and where we need to improve for the coming season." 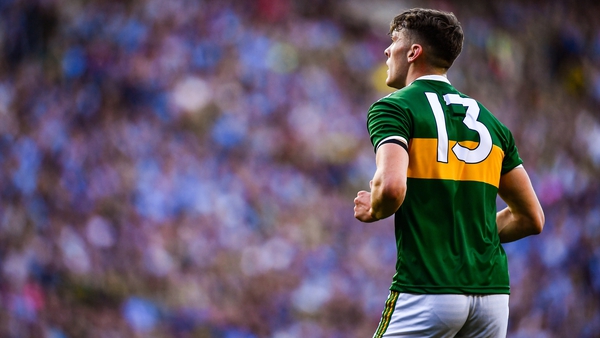