It might not have been St Patrick's Day but the Shamrocks still ruled at Croke Park as Ballyhale held off a battling Borris-Ileigh side to win back-to-back All-Ireland senior hurling titles for the first time and become the most successful club side ever.

In the first ever senior club meeting between teams from Kilkenny and Tipperary, Ballyhale were second best for the opening 15 minutes but had taken a four-point lead by half-time – 0-10 to 0-06.

Brendan Maher hit 0-06 in the second period as Borris came with a late charge but TJ Reid helped Ballyhale to keep their composure with two late points as the Shamrocks closed it out to win by three.

AS IT HAPPENED: Ballyhale retain title

The underdogs had shown their intent to make it a physical battle inside 30 seconds, joint skipper Conor Kenny showing no surfeit of respect to his much decorated Ballyhale counterpart Michael Fennelly with a crunching challenge.

The opening quarter was the Jerry Kelly show: the 21-year-old forward scored the opening point from what looked an impossible angle almost on the Davin Stand endline and, after TJ Reid had levelled in the eighth minute, added three more, including a sumptuous sideline cut. 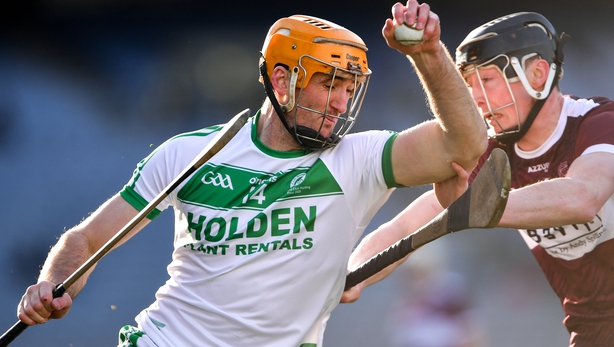 Scores were at a premium and touches rusty on a sunny but cold day; just six points were on the board when Patrick Mullen landed the first of his three from play in the opening half. Borris-Ileigh were well on top but only 0-04 0-02 ahead.

In the 14th minute, a lucky escape for Borris talisman Brendan Maher, who caught Darren Mullen flush on the head with a shoulder and could easily have seen red rather than the yellow Colm Lyons brandished.

Tommy Ryan edged Borris two in front again but their tigerish defence was giving TJ ample opportunity from frees and Patrick Mullen tied it up before the Hurler of the Year nominee sent Ballyhale in front for the first time in the 20th minute when Dan McCormack hauled down Adrian Mullen. 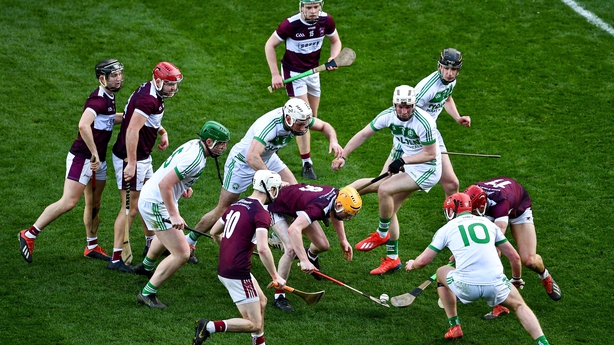 The champions outscored the challengers four to one in the closing stages of the half, Colin Fennelly hitting his only point of the day over the shoulder and being denied a goal as James McCormack rushed off his line to save brilliantly.

At the other end, James Devaney went for goal from 25 metres when an easy point was on and the sliotar zipped wide before TJ Reid eased the ball over the bar for a four-point interval lead.

When Eoin Reid made it a five-point game upon the resumption it looked like Ballyhale were set to cruise home just as they had done 12 months previously.

Credit to Borris-Ileigh that that didn't happen but they were reliant on Brendan Maher for frees (and two fine points from play), too often dropping the ball down on top of a dominant Shamrocks half-back line.

Ballyhale were content to sit back and exploit the gaps that Borris-Ileigh now left as they chased the game, Evan Shefflin and Adrian Mullen both picking off points. 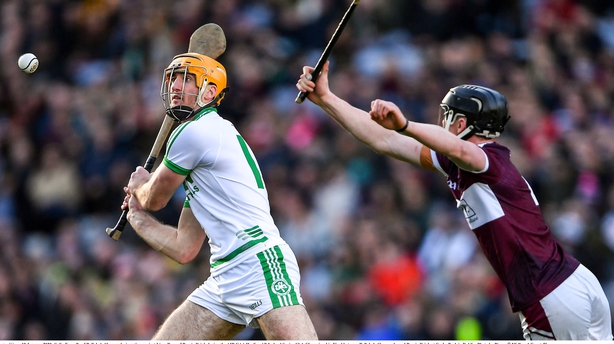 That looked to be that but Borris made a late play, Hawk-Eye awarding Brendan Maher a point either side of crowd-lifting efforts from the outstanding Jerry Kelly, who finished with 0-07.

Two points was as close as the contenders came, however, TJ settling any nerves with his third effort from play and winning a free that he converted himself.

Kieran Maher had an added-time effort fly just over the bar but when Brendan Maher’s speculative free from 20m was blocked, the green and white ribbons were going back on the Tommy Moore Cup. 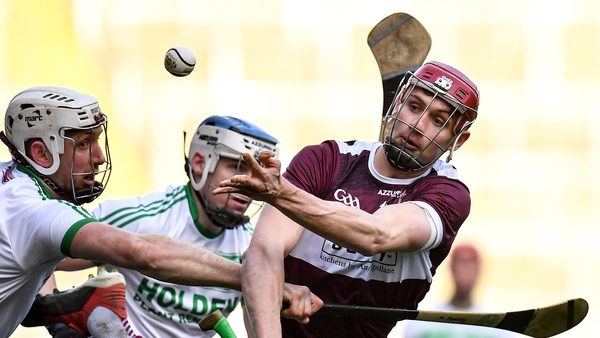