It's the first ever All-Ireland Club hurling final between teams from Kilkenny and Tipperary, which is hard to believe when you consider the championship started back in 1971.

Both sides have taken very different paths to Croke Park.

Boris-Ileigh have come from nowhere. I don't think anybody gave them a chance at the start of the year; they weren't even mentioned.

They've had a number of tragedies over the last couple of years in Borris-Ileigh and it seems to have pulled the panel together.

Johnny Kelly is managing them - he's had success with Portumnna in the past - and they've played some brilliant hurling along the way.

I know they're not a one-man team, but some of the performances Brendan Maher has produced have been just exceptional.

Everybody in Ireland knew he was a great hurler, but this campaign has put him on a different pedestal.

The likes of Paddy Stapleton and Dan McCormack have huge experience, and their two Leaving Cert students JD Devanney and Kevin Maher up front, have also been exceptional.

However, they are up against it on Sunday.

If you look at the spine of Ballyhale's team they have Joey Holden, Michael Fennelly (pictured below), TJ Reid and Colin Fennelly - those players have bags of senior All-Ireland medals between them for Kilkenny. 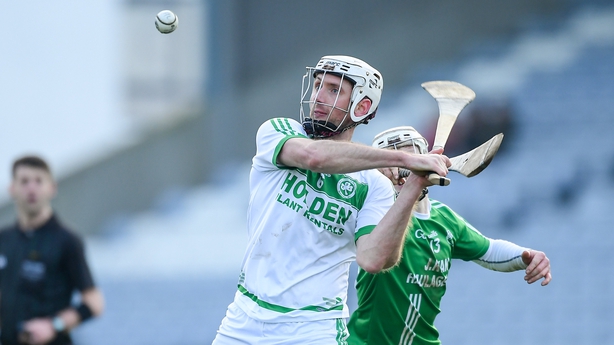 Their attack is just incredible. Even if you hold off TJ and Colin Fennelly you still have the Codys (Eoin and Brian), Adrian Mullen and Eoin Reid to contend with.

Borris-Ileigh will have huge support. The guts and the heart they've shown has really earned them huge admiration from the general hurling public, but Henry Shefflin hasn't lost a match since he took the reins at Ballyhale.

He's won two Kilkenny titles, two Leinster crowns and they are now going for a second All-Ireland under his stewardship.

I just feel that experience they have down the middle of the team, that extra class they have in the forward line, gives Ballyhale the edge.

People are expecting Brendan Maher to pick up TJ Reid - and that will be interesting.

However, what often happens in these games is that the big players cancel each other out and other guys step up.

That's the big edge that Ballyhale have got - that depth of quality.

Adrian Mullan and Eoin Cody for example are two top-class young players but they were quiet by their standards in that brilliant semi-final against Slaughtneil, who pushed Ballyhale all the way.

It could be somebody like that who proves to be the match winner on the day for the Kilkenny men.

Michael Duignan was speaking to Morning Ireland on RTÉ Radio 1