Corofin have set the benchmark very, very high. They're vying to be the greatest club team ever - this would confirm it.

When you look at Kilcoo, they're not exactly new kids on the block. They have a huge amount of experience in the competition, but it is their first final.

They've improved incrementally the whole year. Their best performance probably came the last day against Ballyboden, so they are a team to make you sit up and take notice, and very much a team that can cause an upset.

If they're going to do that they will have to be on the top of their game against Corofin.

I think Croke Park will suit Kilcoo. They showed the last day in Breffni Park (against Ballyboden St Enda's) their fitness levels are huge, as is their conditioning, plus the fact they have a very deep squad.

They've probably used 31, 32 players already this year in the championship. That will stand to them. 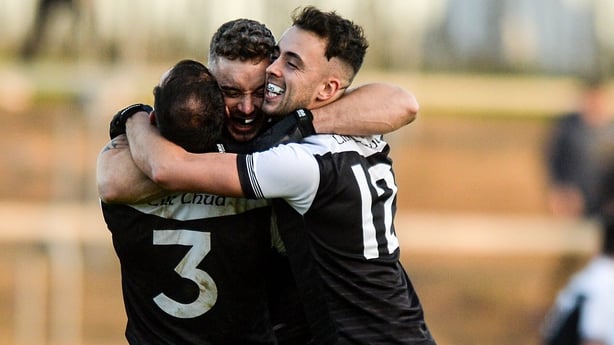 One of the things they've been very good at is taking the opposition's best players out of it. When you come up against Corofin, there's a lot more gaps to plug than against normal teams. That's the challenge for Kilcoo on Sunday.

Crossmaglen went for three-in-a-row on a couple of occasions and we fell short. That weight of expectation did weigh very heavily on us.

We lost a semi-final (against St Brigid's of Roscommon in 2013), which was a game in many other years we would have won. Corofin will be conscious of it. It will bring added pressure, but if anyone can deal with that pressure it's Corofin.

I think early on it's going to be same as most finals - it'll be tense, it'll be tight. Kilcoo will want to keep it tight because they think that's the best way to win the game. But I think we will see two teams who will eventually break off the shackles and have a go.

In the semi-final against Ballyboden, Kilcoo were coming under pressure. Dylan Ward came in off the sideline, fisted the ball, it looked like it was going over the bar, it hit the post and dropped into Darryl Branagan's hands and he stuck it in the net.

I just thought at that stage, 'these boys... their name could be on the trophy'.

I'm going to go for Kilcoo to edge it by a point.

Oisín McConville was speaking to Morning Ireland on RTÉ Radio 1