Wexford hurling boss Davy Fitzgerald said he has "too much respect" for Paul Galvin to even consider taking players from the football panel, and stressed that Kevin O'Grady and Michael Furlong were at a loose end before coming into his squad.

O'Grady and Furlong have linked up with Fitzgerald after leaving the county's football panel last month.

Last year's captain Furlong reportedly quit the footballers after falling out with new manager Galvin, with O'Grady and Tiernan Rossiter leaving in solidarity.

O'Grady and Furlong were involved in Wexford's Walsh Cup defeat of Kilkenny on Sunday.

"I don't think they're doing anything at the moment as far as I know," Fitzgerald said afterwards.

"We'd never cross over football, I have too much respect for Paul and his team. It's just the lads were at nothing, we were down a lot of boys. I'm delighted to have them.

"Mickey and Kevin have come in and they've worked really hard. They're on the panel and it's up to them to see where they go."

Fitzgerald's side finished very strongly to see off the Cats 2-18 to 1-09 and set up a final clash with Galway.

He was quick to play down the significance of the result, as the Model County look to ramp up preparations for their Allianz Hurling League Division 1 opener at Laois in two weeks' time.

"You've two experimental sides out there. It's the second week of January, you're not going to read too much into that," Fitzgerald added.

"There were a lot of lads who got opportunities out there. Some of them did really well. You can't fault the attitude of them and I think that's a big thing.

"In fairness, Kilkenny are only home from holidays two or three days - we're not.

"We still know we've a lot of work to do.

"We've a lot playing in the Fitzgibbon Cup. I'd kind of like to see the Fitzgibbon being played midweek the way it used to be. In the 18 years I was involved in it, for most of them it was that way.

"If they were involved in the Fitzgibbon midweek they'd just miss a training session; it's the exact same load.

"That's the way it goes. It's not my job, anything to do with the fixtures. I just have to deal with what we have.

"Our focus is on Laois to be totally honest with you. I know that they'll be preparing hard for us and getting ready for us in Portlaoise.

"We're probably going to be down four or five of the lads that played in the (All-Ireland) semi-final last year. We have to get ready for that game. It's a big game for us." 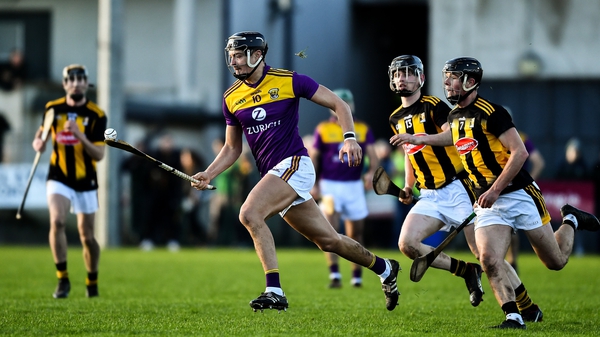