A goal right at the death from teenager James Devaney put daylight between the sides but it had been a mighty battle right into injury-time.

The pitch in Limerick was in immaculate condition for the eagerly anticipated game, with a big attendance from both parishes backed up by many neutrals who predicted a humdinger – 4192 was the official attendance.

Though the day was dry and bright, the floodlights were on from the start of the game.

Despite St Thomas grabbing a 10th-minute goal from Eanna Burke, which was brilliantly created by his cousin Fintan Burke, it was Borris-Ileigh which was the happier of the sides at half time.

They led by 0-11 to 1-06 – with the 11 scores to seven more of a reflection of the action of the half than the two-point differential.

Tipp star Brendan Maher had five of those Borris' points while Conor Kenny and Kevin Maher chipped in with two apiece, and Jerry Kelly and James Devaney, one apiece.

St Thomas' showed in patches what they could do, but they needed more consistency in the second half. Bernard Burke, Conor Cooney (2) Oisin Flannery, James Regan and Darragh Burke had their first-half points.

It was a nip and tuck second half with the sides level on nine occasions in total.

St Thomas were back on terms within five minutes of play and led in the 41st minute after a brace from Darragh Burke .

Borris' outscored them by six points to one over the following 15 minutes however, to take control once again and set the foundations to their victory.

St Thomas' reduced the deficit to two in injury time through David Burke's second point but two late scores from Brendan Maher, a free and point from play - both taken with a broken hurley - confirmed the result and James Devaney's goal in the final seconds was the icing on the cake.

Borris-Ileigh advance to take on record seven-time winners Ballyhale Shamrocks in the final at Croke Park on 19 January.

Brendan Maher can do it all! Watch this score he gets with a broken hurley from a tight angle!! pic.twitter.com/oldCSx50KJ 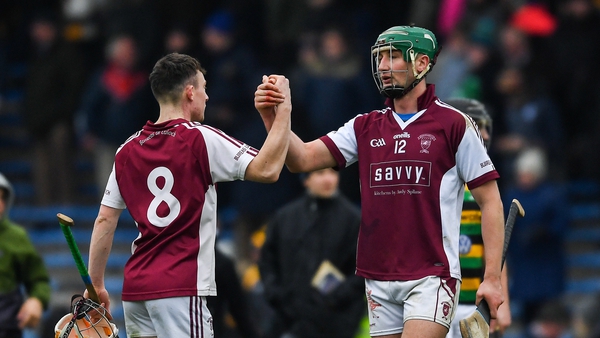