Jim Gavin has stepped down as Dublin senior football manager after seven years in charge.

In a statement this afternoon, Dublin GAA said that Gavin had "informed county officers, his management team and the players that he was handing back the reins of the Dublin senior football team to the county committee."

They'll remember Jim Gavin's Dublin for the rare auld times. @EvanneNiC reports on the end of an era #RTEgaa pic.twitter.com/cjfPugNF75

Gavin, an All-Ireland winner as a player in 1995, joined the coaching setup of the Dublin U21s in 2003, one year after his retirement, helping them to their first All-Ireland title at the grade.

He succeeded Pat Gilroy as Dublin senior football manager in October 2012 and has since presided over a period of unprecedented success.

Of the 21 major trophies that Gavin's Dublin contested during his reign, the capital won 18 of them. He managed Dublin in 48 championship matches since his first campaign in 2013, winning 44 of them, drawing three and losing only one.

He departs having just managed Dublin to a historic five in a row in the All-Ireland senior football championship.

Dublin chairman Sean Shanley said that "Dublin GAA will be forever grateful to Jim Gavin for his dedication, commitment and contribution as a player and, since 2003, leading the next generation of players at U21 and Senior level.

"I regret his departure but appreciate the huge sacrifices he has made over this period.

"The committee will commence the process of considering suitable candidates to replace Jim and his management team shortly." 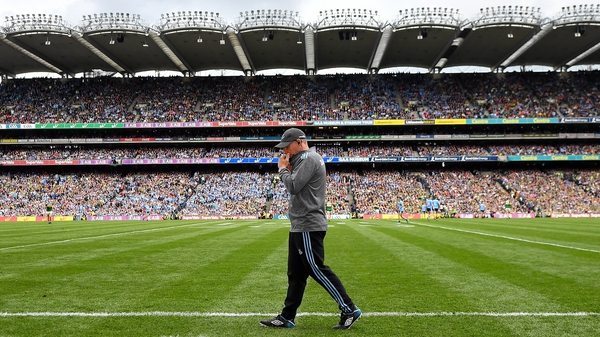