The contrast with how both clubs negotiated the quarter-final stage is stark indeed.

For the second year in a row, St Jude’s put paid to St Vincent's interest in the championship, but the comprehensive nature of their 0-11 to 0-04 victory last time out raised eyebrows.

Quite where Templeogue based club are is difficult to fully ascertain such was the feeble display from Vincent’s, but there’s no doubt Jude's are a well drilled outfit. 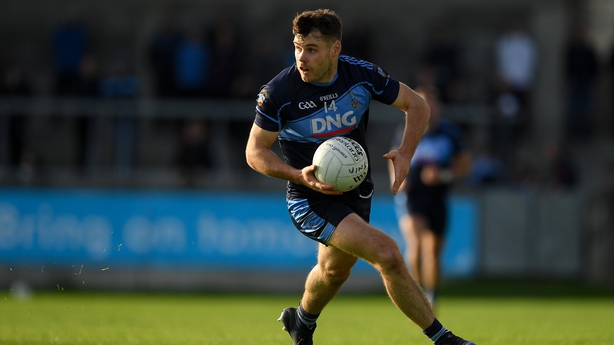 The full-forward line of Padraic Clarke (0-4f), Kevin McManamon 0-3 (0-1f), Niall Coakley (0-1f) all showed well and McManamon could easily have added to his tally against Vincent’s but for a few avoidable wides.

'Boden however had a much sterner test, requiring extra-time and the unfortunate dismissal of Na Fianna dangerman Conor McHugh to book their place in the last four.

What did for Na Fianna ultimately was the scoring prowess of the Basquel brothers.

Colm was the hat-trick hero on the night while Ryan was a menace from both play and placed balls. Between them, they plundered all but six points of their side's 3-19 total.

Michael Darragh Macauley and Declan O’Mahony bring a physical presence around the middle of the pitch and are likely to be key figures if Ballyboden are to reach a first county final in four years.

While reigning champions Kilmacud Crokes would have fancied themselves to reach another county final, the presence of Thomas Davis is perhaps something more of a surprise.

Having won promotion from the second tier in 2018, they edged out Raheny to second place in the group stage on scoring difference and were underdogs going into their last eight clash with Castleknock.

Despite not possessing some inter-county marquee names like their fellow semi-finalists, goals from Eoin Kirby, Ciaran Farrelly and Brendan Kirby paved the way for the well-deserved victory over Castleknock last time out.

Their next challenge is their most formidable to date.

Crokes eased their way past Clontarf, helped by the dismissal of Jack McCaffrey, on a 0-16 to 0-08 scoreline.

Paul Mannion was their top scorer though was only introduced at the interval, while Rory O’Carroll manned the edge of the square.

With a powerful centre-field partnership of Craig Dias and Ben Shovlin, and the outlet of Pat Burke in the full-forward line, Crokes have a number of strings to their bow and will be many people's favourite to advance to a second successive county final.

Watch live coverage of the Dublin SFC semi-finals from Parnell Park on RTÉ2 from 4.45pm