The 29-year-old made his senior debut with the Premier County in 2014 and bows out with two Munster and two All-Ireland titles as well as an All Star in 2016.

The Upperchurch-Drombane club man struggled for game time this season as Liam Sheedy led the county to another Liam MacCarthy, with his last appearance against Limerick in the Munster final where he started the game at full-back.

Barry earned All-Ireland honours at minor, under-21 and intermediate levels before being called into the senior panel by Eamon O'Shea.

"I have had the privilege of playing with and against some of the greatest sportsmen of our time and the friendships I have made over the last seven years of playing with Tipperary is something I will always treasure," he said. 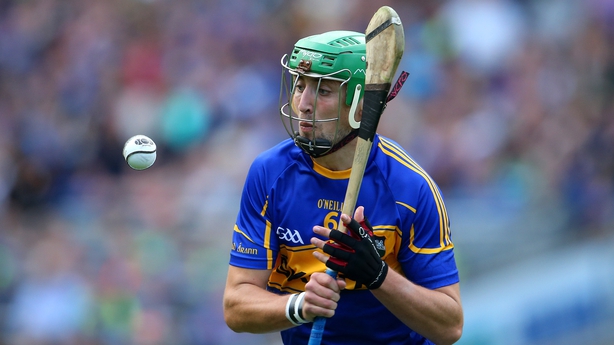 "I want to thank the players of Tipperary both past and present who have shared a dressing room with me since I first began to play with Tipperary. I have forged friendships there that will last a lifetime and I want to wish all of the players and management continued success in the future.

Sheedy paid tribute to a fine servant of Tipperary hurling.

"James Barry has been a consistently high performer ever since he first pulled on the Tipperary jersey and was a key player on many teams.

"A player of tremendous ability, James excelled in all he did and showed great leadership within the panel. He departs on a high following his contribution to this year's All-Ireland triumph and I wish him every success now and for the future."