There was a period in this decade where the winner of the Dublin senior football championship became the unbackable favourite for the Leinster title.

Clubs from the capital won six of the first seven provincial championships played in the 2010s, spread out over four different clubs.

That has changed over the last couple of seasons however, with Rathnew and then Mullinalaghta upsetting the apple cart and beating St Vincent's and Kilmacud Crokes respectively in Leinster.

Vinnies stranglehold on the Dublin championship was also broken last year, as Crokes claimed a first title in eight years, and it means any of the clubs left in the running this year will fancy their chances.

The Marino men play Jude's, a club who have consistently gotten to the business end of the competition in the last few years. The Templeogue side also came through after topping Group 3.

Vincent's are the bookies' tip, and it's hard to look past a forward line that Enda Varley, Diarmuid Connolly, and Cormac Diamond's link-up play.

The second game this evening is very interesting, as the 2016 All-Ireland champions look to reach a first county final in four years.

But Na Fianna have been producing good underage teams for the last few years, with the likes of Conor McHugh, James Doran, and Eoin O'Dea. Add one Jonny Cooper to that in the full-back line, and you've a nice mix of youth and experience.

Throw Dessie Farrell, as manager, into the mix and you have a dangerous looking outfit.

Boden are not short of talented forwards themselves, with the two Basquel brothers still crucial to their chances of winning this title. Darragh Nelson captained them on their greatest day, while Michael Darragh Macauley was on the bench for their final group game against Skerries Harps.

The Mobhi Road men can mix it, and it could well be a low-scoring affair, despite the attacking prowess on show. 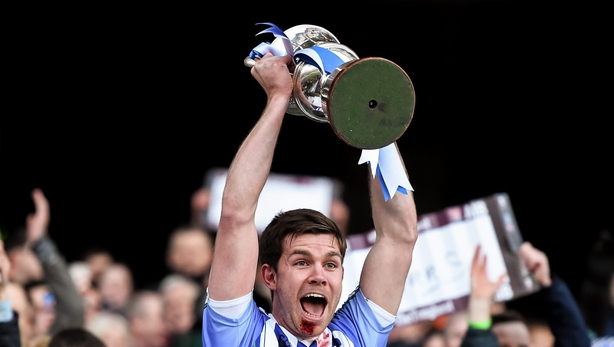 Sunday sees champions Kilmacud Crokes in action against Clontarf in the 'posh' quarter-final. Crokes took their eye off the ball in last year's Leinster final, and there's a massive determination to get back to that stage and right those perceived wrongs.

There's obviously a long way to go yet, but Johnny Magee will have learned a lot from last year's run through Dublin. Any team with Paul Mannion on board is going to cause issues, while  Andy McGowan, Cian O'Connor, and Craig Dias has been on the fringes of Jim Gavin's Dublin panel over the last few years.

Clontarf's seven point win in the final Group 2 game saw them leapfrog Lucan to advance to the knockout stages. Andy Foley impressed for them at midfield in that game, while they also have one Jack McCaffrey who can hurt any inter-county side, let alone a club one.

The last quarter-final will see Castleknock face down Thomas Davis, who were promoted from the senior 2 championship last season.

Davis got through on scoring difference ahead of Raheny, and their progress is an example of what a bit of momentum can do.

'Knock were in the final three years ago, and they will be favourites to move a step closer to repeating that on Sunday evening.

Follow St Jude's v St Vincent's (5:15pm) and Ballyboden v St Vincent's (7pm) on Saturday 12 October via the live blog on RTÉ.ie/Sport and the News Now App, and watch live on RTÉ2 and the RTÉ Player.