The draw for the 2020 Connacht SFC has taken place, with holders Roscommon on the same side of the draw as Mayo.

Last summer saw the sides met in a compelling Connacht semi, with the Primrose and Blue winning by a point.

A trip to London is first up for the Rossies next May in the quarter-final, with Mayo or Leitrim providing the opposition in the semis if they are victorious in Ruislip.

The other side of the draw sees Galway head to New York and the winner there will face Sligo in the last four. 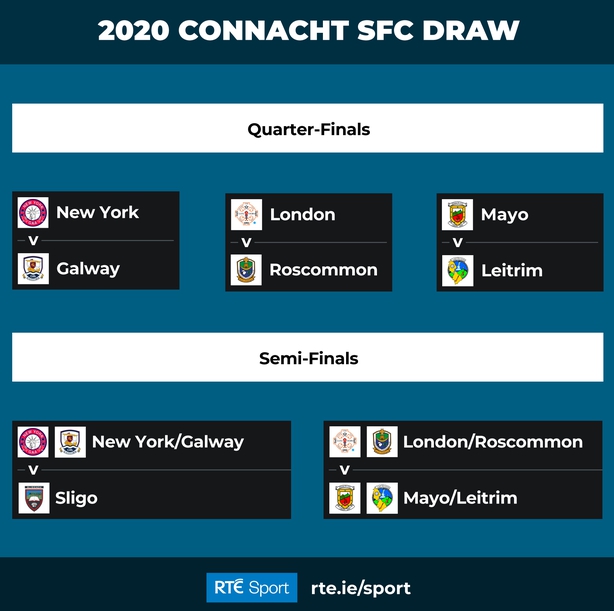 "Sligo and Leitrim have fallen off the pace a little bit.

"The way Roscommon won it last year, beating Mayo and Galway away from home, means now they have them at home. They're in a very decent position.

"I always feel Mayo are the team to beat and that James Horan now has a real sense of the job in front of them.

"There is too much going on in Galway at the minute."

The Tribesmen remain without a manager following the end of Kevin Walsh's reign, something McStay believes needs to be resolved soon.

"There's too much instability at the moment and it needs to be steadied up.

"As I understand it, there are a few good candidates in the field, and they are going to make their decision fairly soon. They need to."